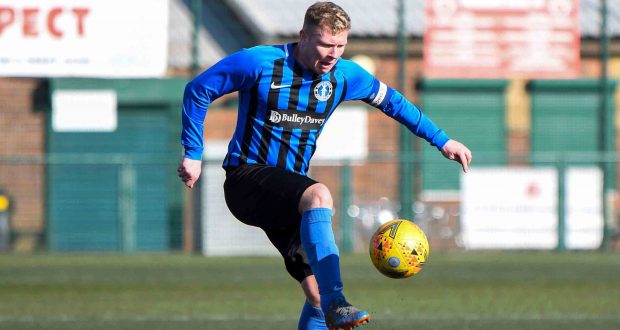 Goals from Ian Bradbury (32), Ashley Coddington (48) and Joe Townsend (90) made it six wins from as many games in the league for Moulton, who are now third in the table.

Indeed, Kev Nottingham’s side have three games in hand on leaders Stilton United – and would go five points clear at the top if they win them all.

Assistant boss Bobby Patterson, who had called for Moulton to improve their performance levels, was full of praise for the performance – and warned they still have another gear if needed.

“It was a great result,” said the number two. “It was also the best we’ve played all season.

“We spoke to the boys beforehand and said that we’d not really seen their best so far this season.

“They went out there and looked really focused and totally deserved the win on the day.

“I think the opposition were a little unlucky with a few injuries, but that’s football.

“The truth is, I don’t think we’re even at our peak yet. The lads have another gear and that bodes well for the rest of the season.

“Obviously the season has now been suspended and that’s a shame for us given that we’ve come into good form.

“But we go into lockdown knowing that we could go clear at the top if we win our games in hand – that’s a big motivation.

“We’ll ask the lads to look after themselves during the break and keep themselves ready to go.

“There’s no reason to think the suspension will last any longer than the 28 days.”