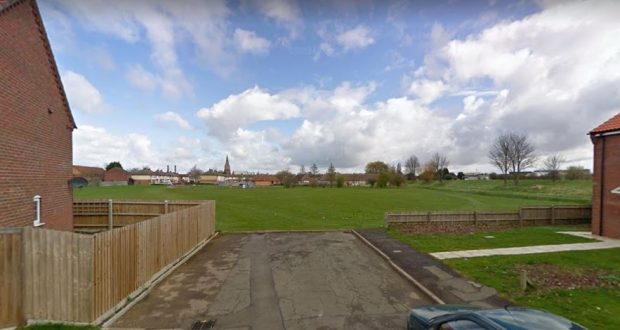 Where the homes would've been built off Severn Road.

Homes on field plan is shelved

Plans for the council to build homes on a Spalding playing field have been shelved amid concerns over flooding and increasing costs.

South Holland District Council had set aside nearly £3m in its budget for this financial year so its housing company Welland Homes could build 24 homes on land off Severn Road that’s currently designated as public open space.

The outline planning application for the development was submitted to the authority’s planning department for consideration in 2016 and remained listed as ‘undecided’ on the council’s own planning portal in February. It’s since been withdrawn.

The Spalding and District Civic Society had objected to the application concerned over the loss of what is said would be 42 per cent of the open space next to the Coronation Channel and close to the St Paul’s Primary School Playing Field.

The district council say that changes to flood plans would have increased the costs of the project when asked what it intends to do.

A South Holland District Council spokesman said: “Since outline planning permission was agreed for Severn Road the Environment Agency has made key changes to its flooding advice around the site, meaning that the initial plans would need to be extensively redesigned and creating a much more costly scheme which it is not currently viable to develop further.

“The council continues to own the land and still has the option to explore different options for its development in the future.

“Currently the focus is on other positive schemes in the district instead, including the acquisition of 26 new affordable homes which was approved at Cabinet in October.”