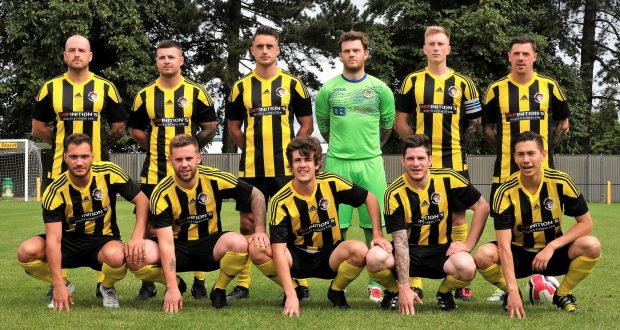 Holbeach United review of 2017: From mid-table to the top end – a year that saw the Tigers rediscover their appetite

It’s fair to say that 2017 was very much a year of two halves for Holbeach United.

Inconsistent and frustrating for the first six months, new boss Seb Hayes must have wondered what he’d let himself in for when fans were calling for his head after a seventh-placed finish in 2016/17.

But the ex-Huntingdon Town and Peterborough Northern Star boss gave his word that things would improve if he was given time – and boy has he delivered on his promise.

The inspired signings of Lewis Leckie, Will Bird, George Zuerner, Joe Braithwaite and Joe Smith – amongst others – helped build a strong team spirit at Carter’s Park.

That has followed them onto the pitch, with Holbeach ending 2017 in a fantastic position in three different competitions.

With youngsters like Dan Dougill, Lewie Harker, Cal Davies and Jordan Keeble also making the step-up into the first team squad, the feelgood factor is very much back at Carter’s Park.

So much so that the Tigers are among the favourites to lift their first ChromaSport UCL Premier Division title since back in 2013…. 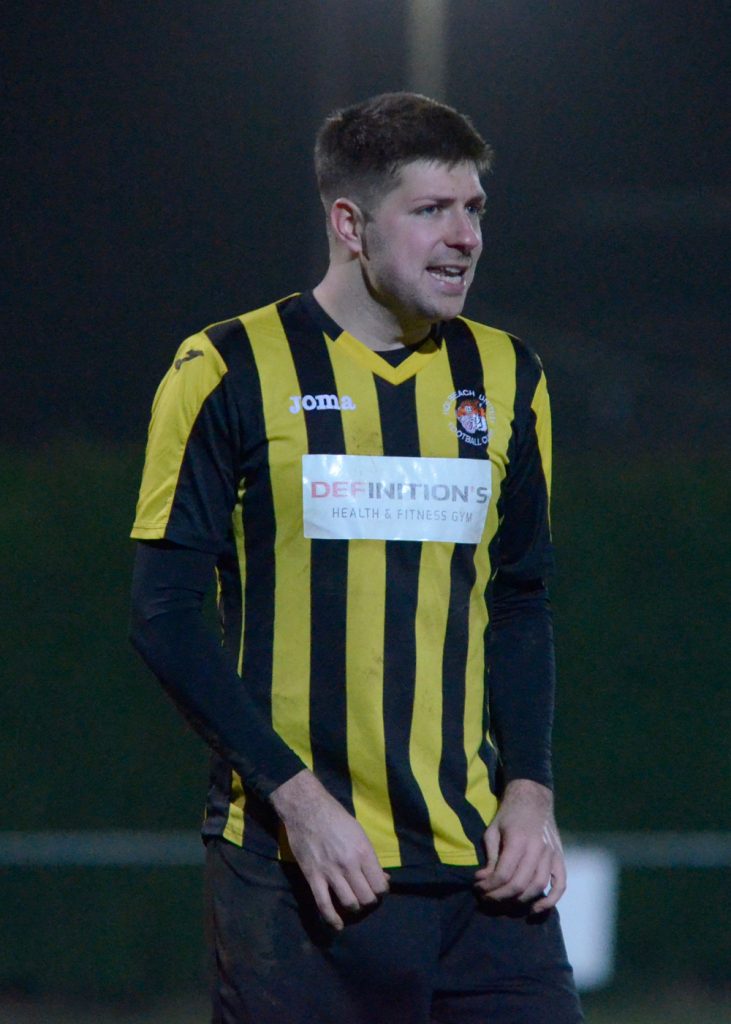 Ollie Pinner also scored a stunning volley in the Carter’s Park romp, while Dan Jenkins and Zak Munton both scored their first goals for the club.

Tigers boss Seb Hayes, who had seen his side crash out of both the ChromaSport UCL KO Cup and Lincs FA Senior Trophy in January, was delighted with the best win of his reign.

He said: “I feel it’s the first small steps of our recovery to get back to where I believe we belong.”

A 3-0 defeat at mid-table Wellingborough Town forced Holbeach United boss Seb Hayes to question the desire of his talented squad.

The Tigers chief insisted there was “no more he could do” to motivate a ninth-placed squad that had nothing left to play for – and insisted that he and the players were “stuck together” for the rest of the season.

Hayes said: “I want to see spirit, desire and pride from this group. But will I get it between now and the end of the season?

“Sadly, I don’t think I will. We keep training and saying the right things, but motivating the group is proving very difficult at this stage of the season.” 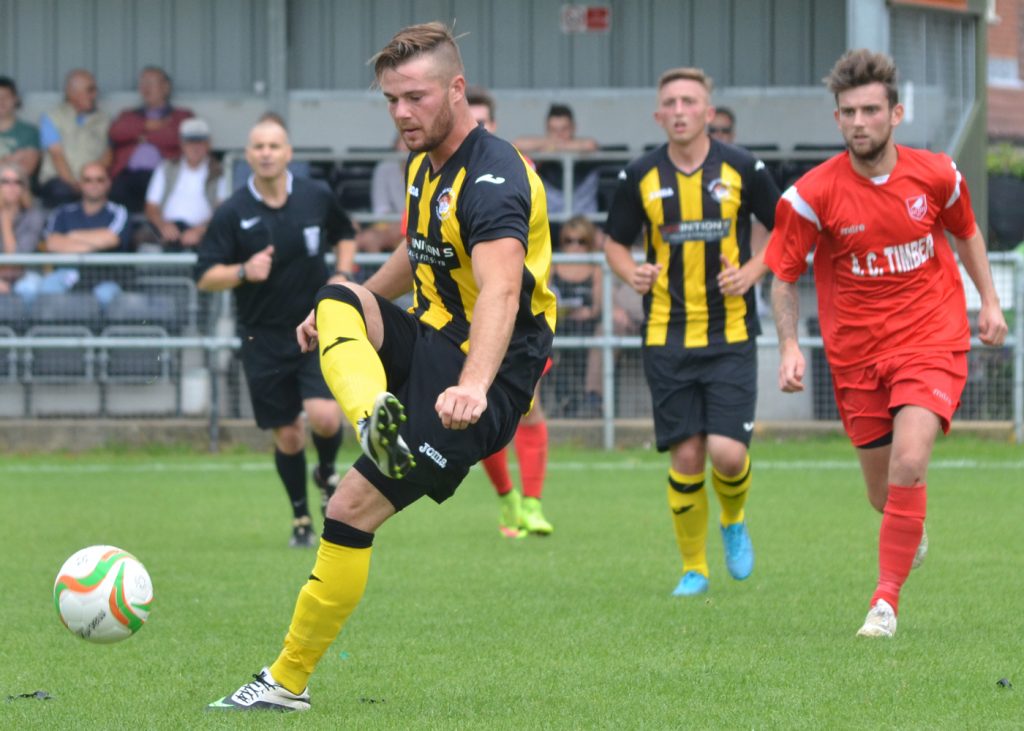 Seb Hayes, who replaced Tom Roberts as boss in December, won ten, lost ten and drew one of his 21 games in charge in 2016/17.

That had led to some fans calling for his head, but Hayes vowed to bring silverware back to Carter’s Park if he was backed by the club.

He said: “My message to the fans is simple – judge me in three years, not now.

“I’m not stupid, I know that we can’t just aim to improve on this season next time around. Holbeach is a club that needs to be challenging for silverware regularly – and I’m here to win trophies.” 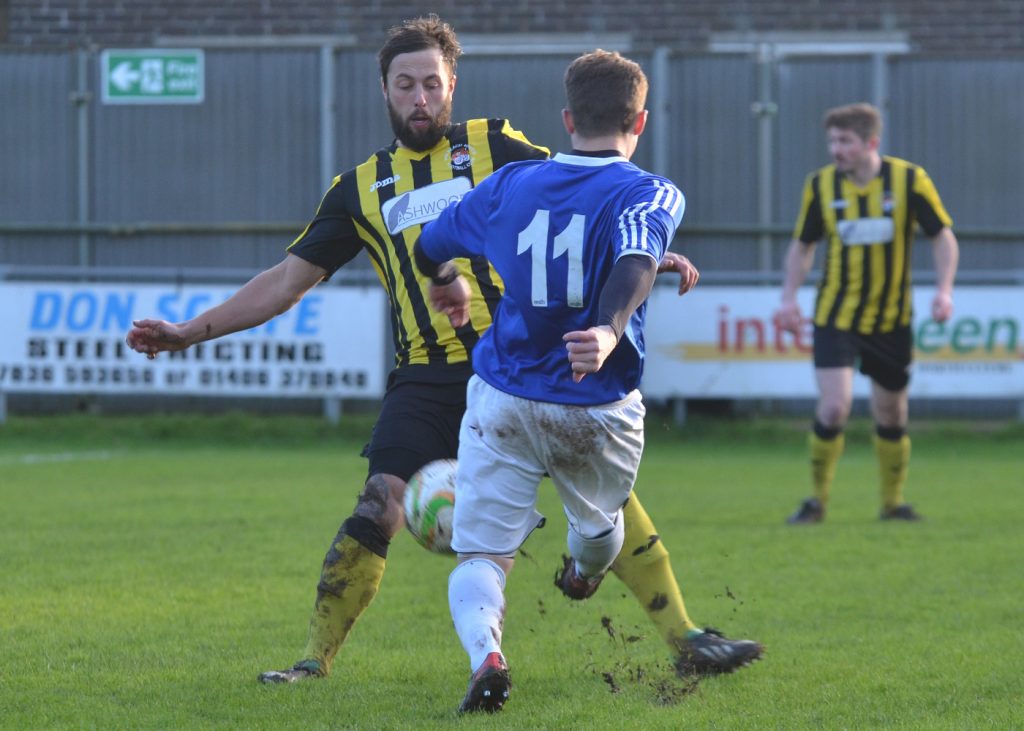 Hayes said: “You never like to lose players, but I’m happy with what we have – the squad looks strong.” 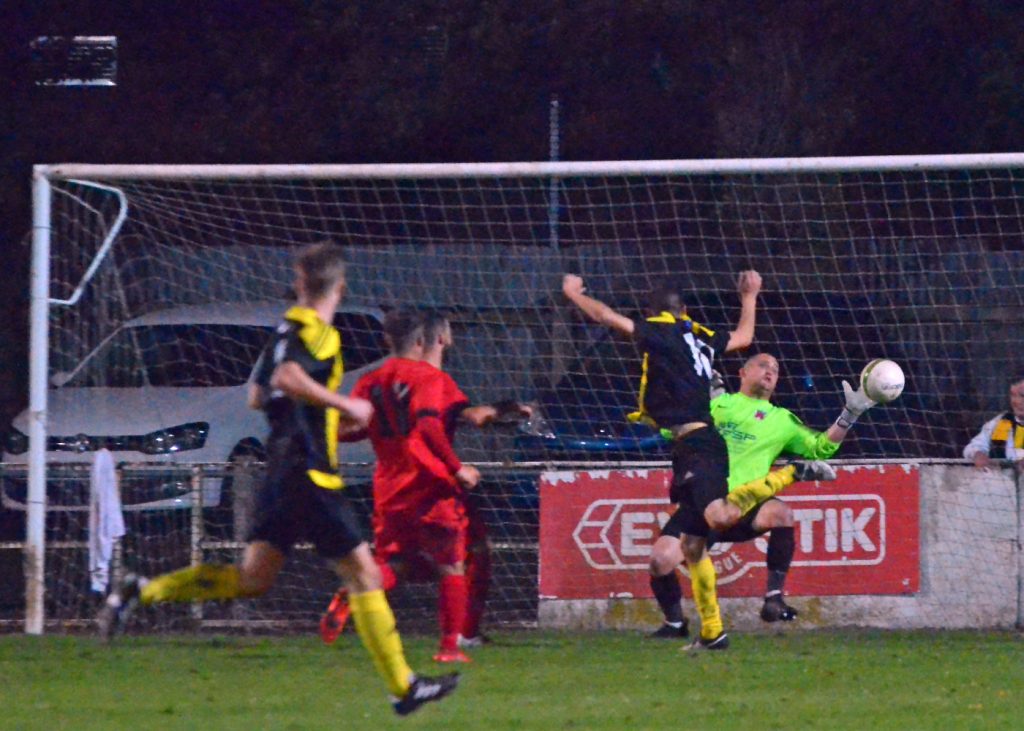 GET IN! George Zuerner nets against Pinchbeck. Photo by JAKE WHITELEY

The Tigers ruthlessly put their rivals to the sword with a clinical display of finishing. 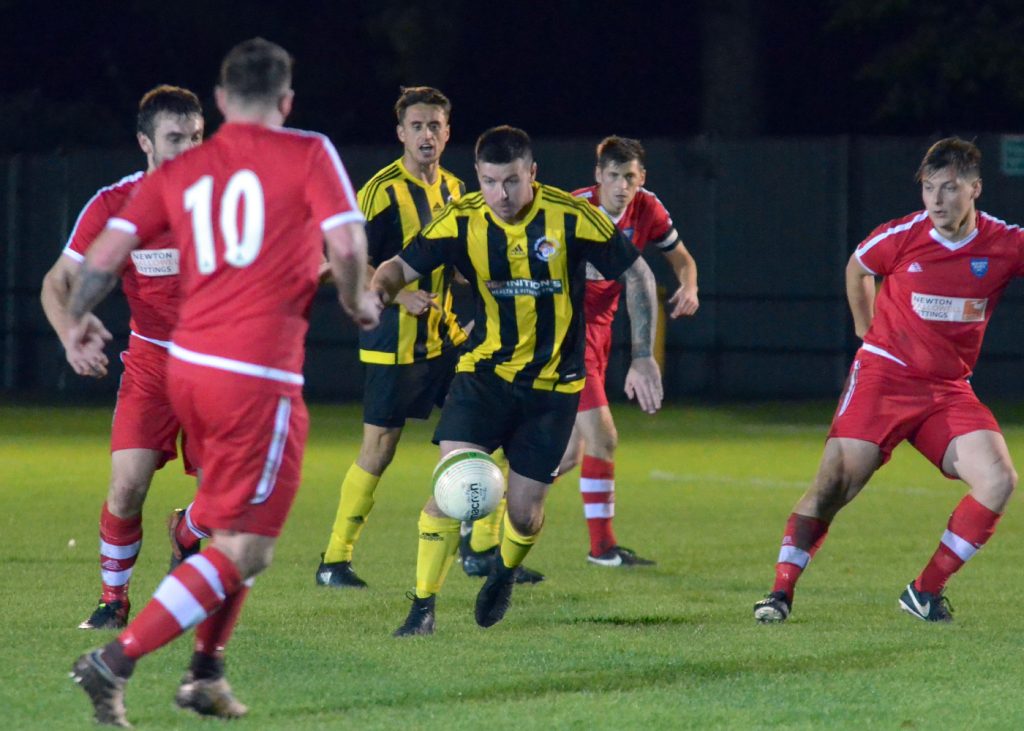 MACHINE: Lewis Leckie (on the ball) had 24 goals by the end of the first half of the season. Photo by JAKE WHITLEY

The victory at Willen Road made the in-form Tigers, who ended the year third, many people’s favourites for the title.

A 2-1 win at Bourne Town earlier in the month also booked Holbeach a trip to Sincil Bank for the final of the Lincs FA Senior Trophy.

And, with a UCL KO Cup semi-final against Yaxley also on the horizon, Seb Hayes’ side entered 2018 with dreams of a at least one trophy on their mind.