The site plan for the proposed Holbeach super-surgery

The proposed doctors’ super-surgery for Holbeach is poised for planning approval next week.

South Holland District Council officers are satisfied with the proposal and will recommend that the planning committee grants permission.

The plans for the former Langwith Builders’ site in Church Street were revealed in November.
The idea is to bring services currently offered at Littlebury Medical Centre in Fishpond Lane and Holbeach Medical Centre in Park Road under one roof.
The site would include a pharmacy and parking for up to 80 vehicles. The accommodation within a two-storey building, with disabled facilities, would total around 1,500 sq m.

A report by senior planning officer David Gedney to next Wednesday’s planning committee meeting states: “The site is in a sustainable location, close to the town centre and public transport routes. Although the proposal would involve the loss of an industrial site it is outweighed by community gain.”

It later says: “A new building of appropriate design would enhance the character/appearance of the locality and the conservation area. It is considered that nearby residents would not be materially affected given that the site presently has a lawful use as a builders’ yard and is close to the town centre where ambient noise levels are relatively high.”

Holbeach parish councillor Joan Woolard said she would like to see the building have automatic doors, like the medical centre in Long Sutton, as they can make a “big difference to disabled people”.

Demolition of buildings on site will be required.
The applicant is Church Street Surgery Ltd, a company formed in October last year and based at Langwith Construction’s premises in Fen Road, Holbeach. 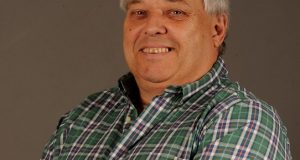