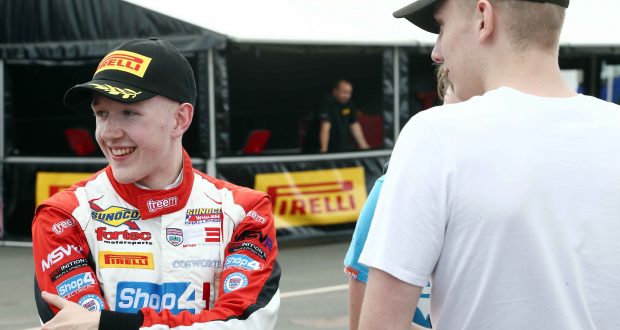 Teenage talent Hoggard, who races for Fortec Motorsports and is second in the series going into the final rounds at Donington Park, has been named in the final ten contenders for the Aston Martin Autosport BRDC Award.

This year’s award will feature a prize of £200,000 for the award winner and a test drive with the Aston Martin Red Bull Racing F1 team.

Hoggard will now be invited to an event hosted by the awards team, when the four finalists will be announced.

The 2019 Award winner will be announced at the Autosport Awards in London on December 8.

Hoggard, who is 52 points behind series leader Clement Novalak despite securing more race wins than any other driver this season, is also top of the

The prize for winning The Sunoco Whelan Challenge is a drive in the Rolex 24 Hours at Daytona in 2020, with pre-event testing, flights, hotels and race suits included – a package worth more than $250,000.

Hoggard would also bank £1,000 if he wins the Pole Position Cup.

Title hopeful Hoggard will race three times at the BRDC British F3 finale at Donington Park on Saturday and Sunday.