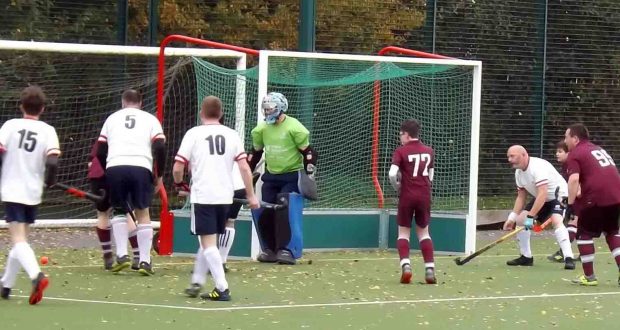 Hockey round-up: Spalding 1st leave it late to pinch a point on the road, another defeat for Long Sutton 1st

The standard of hockey was high after the break, but it was Old Southendian who scored next to move 3-1 ahead with 12 minutes left.

Spalding refused to drop their heads, though, and pulled one back when Cunnington lashed a drag flick home.

That set the stage for Higgins to deflect home an equaliser in the closing stages, as Spalding claimed a decent point against one of the division’s high-fliers.

It wasn’t such a good day for struggling Long Sutton 1st in Division 2N, though.

It’s now seven defeats from as many games after their 6-0 humbling at table-topping Harleston Magpies 2nd and they stay bottom.

Steve Rogers (2), Tim Maltby, Tom Bettinson and Daniel Dorey-Rodriguez got the goals for Spalding in the 12-goal thriller.

In the same division, Long Sutton 2nd romped to a 4-1 success over hosts St Ives 2nd. Josh Fyson netted twice in that one, while Luke Jackson and man-of-the-match Frazer Watt also got themselves on the scoresheet.

In Division 4NW, Spalding 3rd suffered a rare defeat as they went down 2-1 at home to rivals City of Peterborough 5th. Ryan Mountney was their scorer in vain at Glen Park.

Matthew Hicks and Ben Scholes also scored to keep them second in the table.

Youthful Spalding 5th were also on-song in Division 6NW (N) as they beat City of Peterborough 8th 4-1 at Glen Park. Darren Willson fired them ahead inside 30 seconds, which set the tone for the rest of the derby duel.

City levelled early in the second half from a short corner, but Oliver Baker soon restored the Spalding lead with a close-range finish.

Jason Naylor then converted a short corner to make it 3-1, before Willson’s second wrapped up the points.

In the same division, Long Sutton 3rd went down 3-1 at home to Leadenham 2nd despite Steve Smith’s strike.