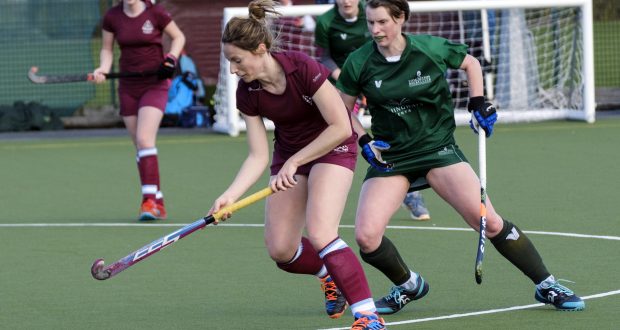 A hat-trick from the in-form Josh Fyson was the highlight for Sutton, while Luke Jackson, James Collingwood-Smith and Tyler Hagan also weighed in with goals on a big day for the team.

Sutton have now won 17 of their 20 games this season, losing just once – making them worthy champions.

In the same division, second-placed Spalding 3rd remain on course for promotion after a 2-1 win at Wisbech Town 3rd. Kieran Scholes and Ben Scholes settled that derby.

Up in Premier B, Spalding 1st had a two-game weekend as they moved out of the bottom two. On Saturday, they were hammered 6-1 at relegation rivals Waltham Forest

They fared better on Sunday, though, beating rivals COP 2nd 5-3. A Cunnington hat-trick and Glenn Richardson’s double secured what could be a pivotal win for Spalding in the race for survival.

In Division 2N, Long Sutton 1st’s picked up a 4-2 triumph over Norwich Dragons.

Alex Canham, man-of-the-match Sam Markille and Josh Baker (2) bagged the goals in that one.

Down in Division 5NW, Spalding 4th enjoyed a 3-1 win over Leadenham 2nd to move clear of the bottom two.

Spalding 5th were 3-0 victors at Bourne Deeping 6th at the same standard.

A 14th-minute strike from Amber Jones settled the derby at Glen Park.

Connie Gittins picked the ball off off a Spalding player on the 25-yard line and turned towards goal. Linking with her sister Emmy Gittins, they passed their way through the remaining defenders before slipping the ball across to Jones, who lifted her strike beyond the keeper and into the roof of the net.

The victory moves Sutton clear of the drop zone, but Spalding are now just one point clear of the bottom two.