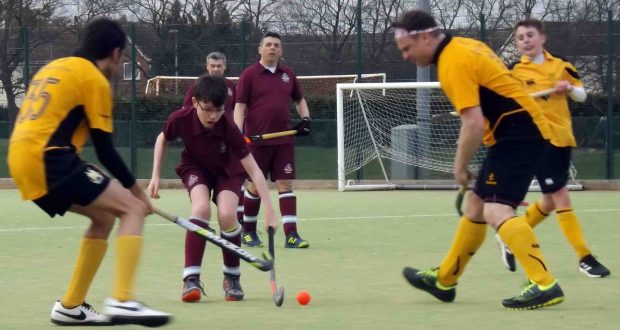 Long Sutton 1st shrugged off their impending relegation from East Men’s Hockey League Premier B Division with a 5-1 victory over Dereham 2nd on Saturday.

Alex Canham opened the scoring at the Peele Leisure Centre with a deflected finish after good work from Ed White, then Josh Baker netted with his customary aplomb to make it 2-0 at the break.

Although Dereham pulled one back, it was no surprise when Baker added his second goal to restore the two-goal cushion.

Sutton were not finished scoring, though, with both Will Taylor and James Collingwood Smith finishing well to make it a five-star win.

Up in Premier B, Spalding 1st were handed a 5-2 defeat at leaders Letchworth 1st.

Spalding showed what they are capable of in the first half and Stu Cunnington’s strike had them 2-1 down but looking dangerous.

Cunnington scored again in the second half and Spalding had another goal ruled out as the table-toppers ended up clear winners.

Spalding 2nd, meanwhile, are sixth after suffering a 5-2 defeat at already promoted City of Peterborough 4th.

In Division 4NW, Spalding 3rd are second-from-bottom after a thrilling 8-5 home defeat against Wisbech Town 2nd.

Hugh Cruickshank (2), Dave Burrell (2) and Matt Hicks got the goals.

Also beaten were Long Sutton 3rd in Division 6NW (N), who went down 4-1 at City of Peterborough 8th despite Jeremy Smith’s goal.

Hannah Baker netted in each half for Sutton, who are well placed to seal third place this season.

Spalding Poachers 1st, meanwhile, are fifth after a 2-1 defeat at Cambridge University 3rd. Charlotte Maplethorpe netted the Poachers’ only goal.

Kelly Tizzano (2) and AJ Bunyan got their goals.