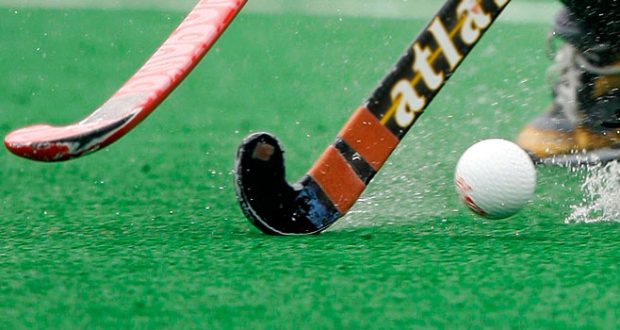 A first-half strike from Josh Baker was enough to give Sutton the points on the road, moving them into the safety on mid-table in the process.

This was the second time in three weeks that Sutton took on table-topping Bury, as the anomalies of fixture rearrangements showed their hand.

The side travelled to the home of the leaders with no fear, having been on a good run of recent form.

The first 20 minutes saw Sutton under pressure throughout this period.

Slowly, they managed to assert themselves into the game and, while never on top in relation to possession and territory, the outstanding players on the pitch were the four Sutton defenders and keeper Brad Whitmore.

Stef Fox and Harry Synott, along with the Tom Baguley and Tom Burton, were never lost – even when encountering the mazy routes shown to them by the Bury forwards.

The game looked like it would be goalless at half time, but Josh Baker ran into the D and earned a short corner, which would be the last action of the half.

Jacob Synott duly teed up Baguley, who laid the ball off for Baker to give Sutton a shock lead.

The second half was a little different. Bury pushed forward, but Sutton were comfortable and organised in the defence. Fox and Baguley organised their youthful charges superbly and once again the young team grew together – their evolution since the first game of the season has been impressive.

Indeed, not only did they hold on to their lead throughout the second half but the advantage could have been doubled if Hagan’s one-on-one with the keeper had played out differently.

Overall, it was a great defensive performance with the whole team playing well in one of their best results in recent memory.

They beat visitors City of Peterborough (COP) 6th 2-1 at the Peele Leisure Centre to go eight points clear at the summit.

James Collingwood-Smith and Luke Jackson got the goals that keep Sutton on-course for the title and indeed promotion.

Below them, Spalding 2nd could only draw 2-2 at Alford 2nd and are now 14 points off the summit.

Ryan Mountney and Glenn Perkins were the scorers in that one.

The only other men’s fixture to take place on Saturday saw Spalding 4th suffer a 6-0 beating at St Ives 3rd in Division 5NW.

Sutton started strongly, taking the game to their opposition, with the midfield trio of Emmie Gittins, Connie Gittins and Amber Jones working hard to feed the ball to lone striker Hannah Baker.

With ten minutes gone and with the keeper having made a couple of saves, the ball found it’s way to Sarah Walker pushing high up the pitch and, while her initial strike was again well saved, she made no mistake with the rebound to put Sutton ahead.

St Ives continued to probe however and one player was proving difficult to tackle. After a couple of half-hearted attempts, she stuck a sweet shot past the helpless Lorraine Wallis to bring the scores level.

Sutton came out in a determined mood for the second half, but St Ives started the half much the better. However, with 22 minutes of the half gone Sutton won a short corner and again Walker was on hand to slot home.

They saw out the rest of the game to take a deserved and very valuable three points.

Down in Division 4NW (N), Long Sutton ladies’ 2nd picked up a 3-0 victory over Alford 2nd with Lisa Baker, Katie Collingwood-Smith, Rebecca Hales all on target.