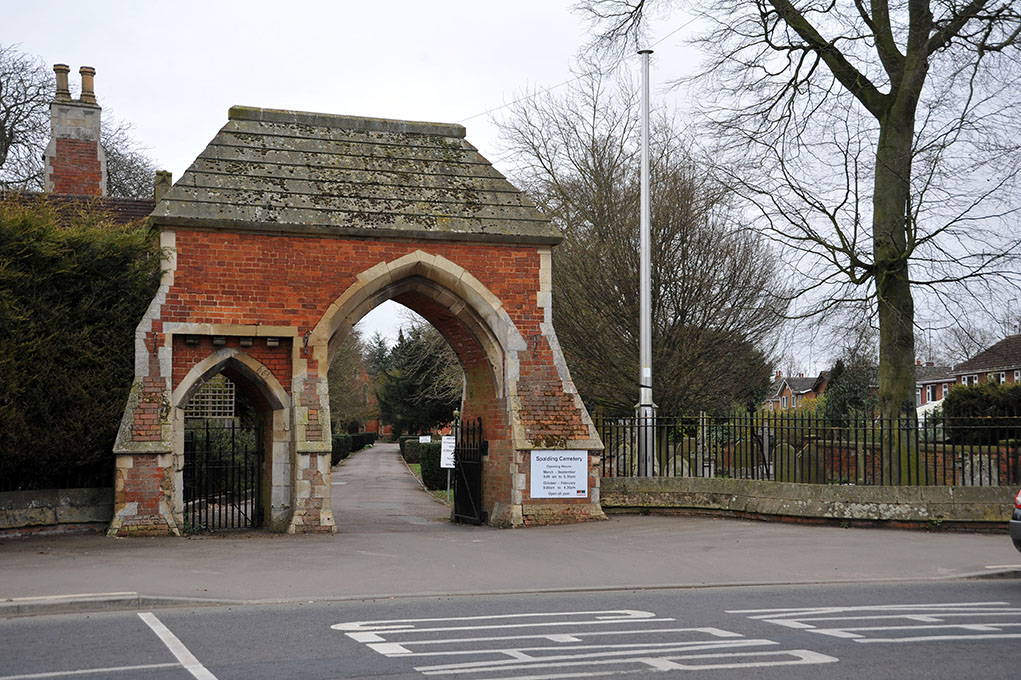 Historic fountain could be included as part of Spalding Cemetery improvements

Spalding’s historic drinking fountain could be erected in the town’s cemetery as part of improvement works there, it’s been revealed.

A working group has been formed to look at improvements to the Pinchbeck Road site.

And placing the historic fountain that used to be in the town’s Market Place is among the considerations.

It was introduced into Hall Place in 1874, moved to Ayscoughfee Gardens in 1956 and has been storage since making way for the town’s war memorial.

Re-erecting the fountain in Spalding, particularly in Market Place, had previously been mooted as part of the town centre improvements being discussed by the Spalding Town Centre Steering Group.

But it could instead be erected in the cemetery.

District councillors Rodney Grocock, Elizabeth Sneath and Peter Coupland are involved in the project with a drone having been sent up to help formulate plans as they’re not currently able to meet up to discuss plans.

South Holland District Council’s asset manager Richard Hodgson told a joint meeting of the authority’s Performance Monitoring Panel and Performance Development Panel: “Two or three of my team are looking at roads and the buildings there.

“Looking at siting the Johnson Fountain is one of the pieces of work we’re looking at within the cemetery as well.

“That’s currently dismantled and is looking for a new home.

“There is a project team. With COVID-19 the team hasn’t physically walked the site so far but we have done some virtual work around that so there will be some proposals coming forward around investment need and any investment solutions for the cemetery led by councillor Rodney Grocock as portfolio lead.”

Coun Coupland added: “Our intentions are to get that cemetery back to something really, really smart.

“I can assure you we’re not going to bodge it. It will be done properly and if the budget doesn’t quite fit then I’ll probably make sure it does fit with the works we do.

“It does need some money spending on it because I would think most of the Spalding population goes there or have been there tending graves etc and it needs to look smart.

“My intention is it will end up looking smart.”

Coun Grocock said improving the cemetery was one of the first projects he was keen to get involved in after becoming the district council’s portfolio holder for assets last May.

“We’ve started to come up with a plan,” he said. “We’re going to try and redo the roads.

“We want to make sure people there remembering loved ones don’t have to worry about potholes and damaging their cars.

“There’s also a 10ft hedge we’re looking at trimming back.

“Some of the little chapels and mausoleums need urgent work and that’s going to be done as well.”

Coun Grocock said the fountain is currently in storage in Holbeach.

“When I was part of the war memorial committee I always pledged to get the fountain re-erected,” he said. “I’ve had lots of correspondence saying because it’s a Gothic structure you can’t put it back in the middle of Spalding.

“Because of all the little chapels and structures that are also Gothic it would sit ideally in the cemetery and that’s part of the plan.”