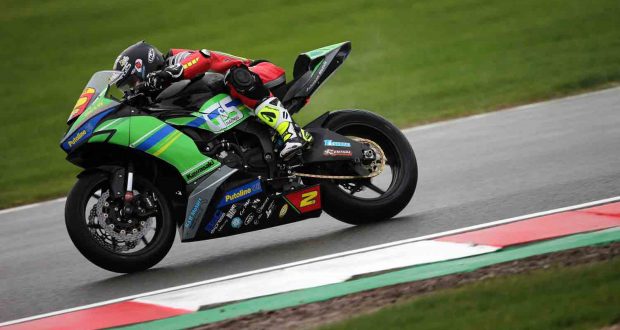 The three-man G&S Racing Kawasaki squad of Milo Ward, Kevin Keyes and TJ Toms all safely completed their races at Donington Park over the weekend.

Ward has been gradually moving forward over the last few races and his efforts were finally rewarded by finishing in the points. He qualified for a seventh row start in difficult conditions as the track was greasy from the overnight rain.

But as the race unfolded he made good progress through the field to take 15th place.

Toms, meanwhile, rode well and began his race from the fourth row. When the course car came out to allow the track to be cleared of debris following a three rider crash he found himself up in fourth place.

Despite losing a place on lap nine of 14 he maintained his position and came home in fifth.

Keyes began the race just behind his team-mate on row five and was running in eighth place when the safety car came onto the circuit.

But he lost a knee slider when he was caught by another competitor and lost ground to ninth. With three laps to go he lost another place and finished tenth.

Team Manager Tom Fisher said: “We have had a cracking weekend here at Donington with all three riders bringing points back to the team.

“Thank you to our loyal sponsors and supporters for their company again this weekend, your support is always appreciated.”

The final round of both series’ is at Brands Hatch on October 18/20. Prior to that, the team will be at Darley Moor this weekend for the annual Stars at Darley when Ward will be out on his usual stock 1000 bike and Fisher will be on Keyes‘ stock 600. 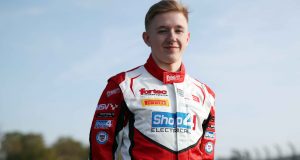