As Spalding branch of the Western Front Association celebrates it’s 20th anniversary, Spalding and South Holland Voice finds out more about the group which aims to keep alive the memories of World War One.

Each month around 20 like-minded people get together to listen, learn and share their knowledge of one of the darkest periods in British History.

In the centenary year of the Great War, the Spalding and South Lincolnshire branch of the Western Front Association is celebrating its 20th anniversary.

As part of its latest monthly meeting members cut a cake to celebrate the birthday and handed a cheque to South Holland and the Deepings MP John Hayes and Julia Knight of Ayscoughfee Hall, towards the refurbishment of the war memorial which stands in the hall’s gardens.

It is part of the vital work the group does to keep alive the memories of the 1914 to 1918 war and those who fought in it.

In the past, the group has helped restore the Holbeach St Matthews and Deeping St James’ war memorials and had a plaque placed in the South Holland Centre to record the fact that the bells of the Carillon hung in the upper part of the centre form part of the Spalding war memorial.

During the past 20 years the branch has also made regular trips and pilgrimages to the World War One battlefields in France, Belgium and Italy, as well as annual visits to the war memorials in the villages and towns of Lincolnshire and further afield.

Planning is already underway for another battlefield trip next year.

At the forefront of securing the longevity of the group is current chairman John Chester.

He formed the group in September 1994, shortly after leaving the RAF.

There were 12 members at that inaugral meeting, held at the South Holland Centre.

Twenty years on, meetings are held at Fulney Church Hall and the group has a membership of about 30.

Members have come and gone over the years, but a few of those to attend the very first meeting or who joined in its very early days, still attend today.

John himself had a break of a few years and a spell on the national committee, but is now back and running the branch.

Each month members enjoy listening to local and national speakers covering a vast range of subjects associated with the First World War.

Meetings are well attended but the Spalding and South Holland branch is always open to new members.

John said: “Membership of the WFA is open to everyone interested in learning more about the period, regardless of age or sex and provides an opportunity to meet like-minded people to exchange information in a friendly atmosphere.”

Meetings are held on the fourth Thursday of each month from 7.30pm. 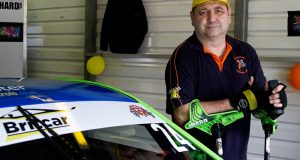 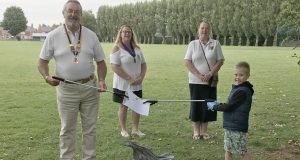 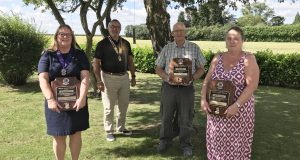