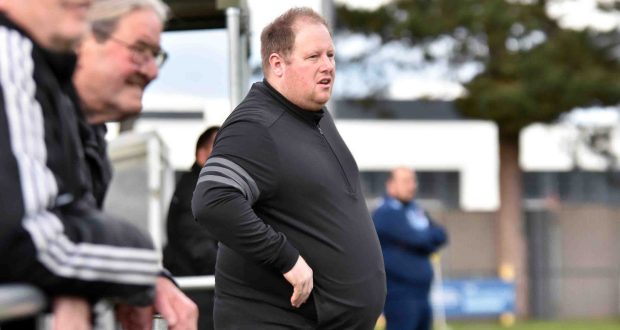 The rock-bottom Tigers suffered a 4-0 spanking at Sleaford Town as their winless streak in the league reached 14 games.

Goals from Charlie Ford (2), Harry Millard and ex-Tiger Mitch Griffiths for improving Sleaford put Frost’s side to the sword and sees them fall five points adrift at the bottom and seven points from safety with a game in hand.

Holbeach, who remain on two points, have scored just three goals in 14 league games this season, conceding 40 in the process.

They haven’t scored in the league since August and this loss was their first against Sleaford since the 2014/15 season.

A shell-shocked Frost said: “I don’t really know what to say, if I’m honest.

“I’m finding talking about the situation at the club quite difficult.

“Let’s be honest, things are very grim here – and that performance was grim, too.

“Sleaford have made a number of signings in recent months and they’ve recruited very well. They deserved to win the game.

“We had a few new faces in the side but we didn’t really get going.

“We’ve got a squad here, but we’re not really a team yet. Certainly not a team that I’d want, yet.

“We need to be harder to beat. There are ways of losing and, at the moment, some players are rolling over and showing their tummy far too easily for my liking.”