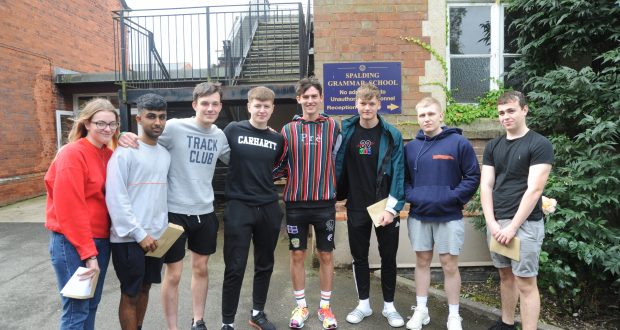 Top future professionals had a day to remember as Spalding Grammar School claimed its “best ever” A Level results.

Students at the school particularly excelled at engineering and mathematics as the school recorded fantastic grades. 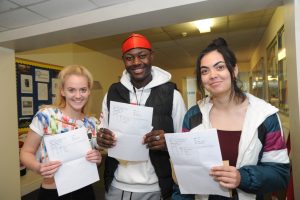 They include Bradley Ivatt who earned 2 A*s and an A to book a place reading Maths at Cambridge and Will Hughes whose 4 A*s sees him head to Imperial College in London to study the same subject.

A host of engineering students are building an exciting new career including Jade Griffiths who will continue the subject at Bath University after earning 2 A* and 2 A in Maths, Further Maths, Chemisty and Physics.

Both Alicia Polly (2 A and a B) and Abigail Bates (A* and 3A) are set to study medicine at Leeds and Imperial College in London respectively.

Kondwani Mwansa also had A*, 2A and a B and is looking to do Physics in Leeds. other career paths being considered included Max Wilson heading to Durham to study Accountancy and Finance, Henry Scott heading to Leeds, Rajan Sangha taking on Business at Sheffield, Joe Gill doing Politics at Loughborough and Rebecca Long extending her Law studies at Norwich.

A spokesman for Spalding Grammar School, said: “Congratulations to the students and staff for another year of fantastic results at the Grammar School.

“This year sees 67% of grades at the equivalent of A*-B, with nearly one in five of those grades awarded at the highest levels of A* or Distinction 1/2. In addition to excellent overall grades, our students continue to perform well against their ambitious progress targets. 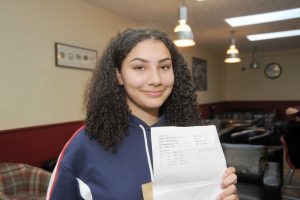 “There were many exceptional performances across the subjects. The Sciences, an area in which the School continues to excel, saw 27 students achieving top grades.

“Mathematics performed extremely well in its new Cambridge Pre-U course, with over 40% of candidates achieving the top Distinction 1/2 grades (the equivalent of an A*). Law, Business and Psychology saw their strongest ever performances; Geography saw students achieving on average half a grade higher than in any previous year.

“Engineering results were extraordinary, with all six students achieving the highest grade of D*D*. The vast majority of students now go on to the university of their choice with three taking up places at Oxford or Cambridge colleges and many more going on to top Russell Group universities.” 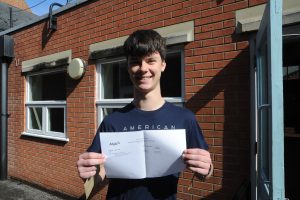