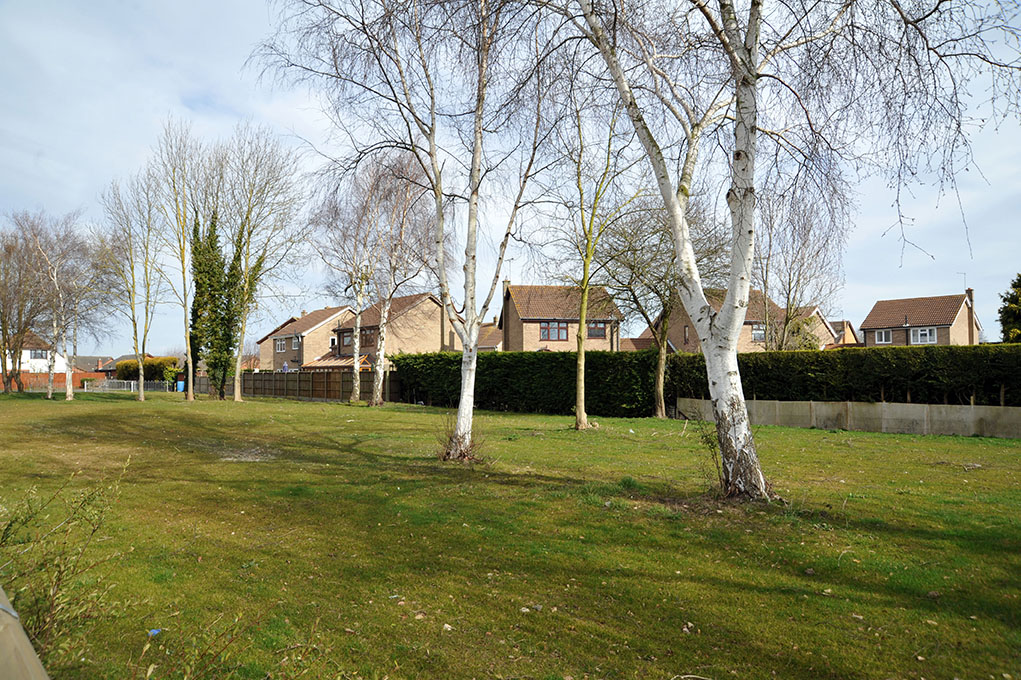 The plot of land off Fairview Way, which has been transformed with designated members' budget contributions from two Spalding councillors.

A wealth of community projects and other good causes across South Holland have been helped by financial contributions from a district council pot over the past 12 months.

Each financial year, all 37 councillors are each given £5,000 as a designated members’ budget to allocate as they wish.

One of the largest single projects this year was in Spalding where Wygate ward members Roger Gambba-Jones and Christine Lawton each provided a half-share of the £5,304.54 cost of transforming a plot of land off Fairview Way.
The council-owned land had become unkempt and was attracting fly-tipping before work began to clear it.
Coun Gambba-Jones said: “It was no use to man nor beast because of the way it was. Hopefully it can become an attractive area for residents to use.”

In Holbeach, Martin Howard and Rita Rudkin paid £1,200 for a fence between Marshlands Drive and The Hollies to prevent anti-social behaviour by drivers cutting through the estates.
Holbeach Food Festival promotion was assisted by Coun Rudkin (£500) and Francis Biggadike (£750). He also paid for a new fridge and cooker at Holbeach WI Hall (£857).
Among Holbeach Hurn member Nick Worth’s contributions were sponsorship of a roundabout for Holbeach In Bloom (£667) and a mobile skate park based at Holbeach Youth Club (£750).

Long Sutton Athletic Football Club has new storage equipment thanks to a £1,500 donation shared by Simon Booth and Andy Tennant.
Neighbouring Sutton Bridge saw financial support for rent of the police room with £2,053.50 from Chris Brewis and Michael Booth.

Meanwhile, Mick Seymour put up £700 for maintenance of a bus shelter, teenage shelter and goalposts at Sutton St Edmund and £500 for benches at a recreation field in Sutton St James.

The refurbishment of The Marjorum Hall in Gosberton Risegate was helped by £2,500 by Robert Clark, Jane King and the late Amanda Puttick, and Pinchbeck Church Hall got £1,000 from James Avery, Liz Sneath and Sally Slade to provide disabled access.

Gedney Drove End Village Hall got a new printer and operating system thanks to Sarah Wilkinson (£1,100) and Deeping St Nicholas church got almost £1,500 from Angela Harrison, Bryan Alcock and Paul Przyszlak to refurbish its clock and install an automatic winding mechanism.