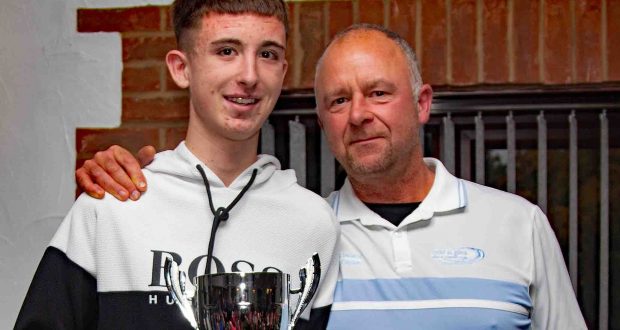 The competition winners at Tydd St Giles Golf Club got their hands on their silverware at last week’s men’s presentation day.

Of the awards dished out on the night, perhaps the highlight saw Harry Turner named Captain’s Player of the Year.

His score of 41 points was enough to edge Stuart Turnell into second place by one solitary point.