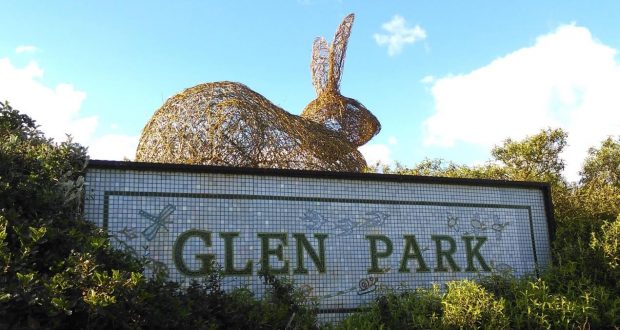 A wicker rabbit at Glen Park.

The four 7ft by 5ft sculptures were hand-made by artist Alison Walling, who braved the winter weather earlier in the year to create the long-eared giants in time for spring.

“I was working through the colder months of January and February but did have to yield to the travelling conditions on several occasions as I drove down from Lincoln where I am based,” said Alison.

“Often the average temperatures were around five degrees, but there was a warm kitchenette to thaw out in and I was very well looked after. 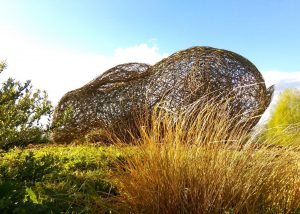 “Taking a break from weaving I was able to step outside and enjoy the fenland views, a blue sky was always welcome!,” she added.

Now blue skies and sunshine are abundant, there’s no better time to take a stroll in the park and admire Alison’s handiwork.

“Each rabbit took around a full week to complete,” said Alison.

“They also grew rather a lot from the initial measurements!

“Christopher Stock fabricated the steel frames and installed the rabbits with great care, not a whisker out of place!” 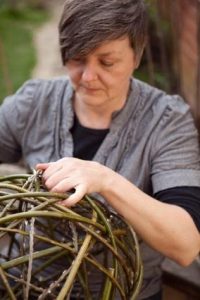