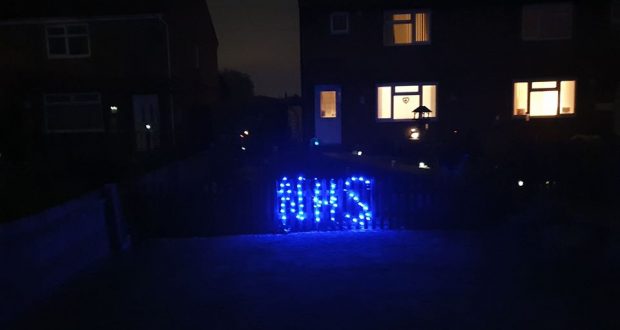 You’ve been finding some fantastic ways to praise NHS staff and key workers – and one Spalding man is encouraging you to put your Christmas lights up.

As well as the clap for the NHS taking place at 8pm every Thursday night, you’ve also been showing your support in other ways.

Nurse and campaigner Mark ;e Sage, through his popular band Zebra, is also encouraging people to put their Christmas tree lights up.

He said: “We know it’s April but we can dig out those Christmas lights and make our own colourful window tribute to the NHS, careworkers and keyworkers to go along with all those wonderful rainbows.

“We’ll put them on at 8pm. Hopefully all those keyworkers coming home from a late shift or heading off to start a night shift will get to see them.”

A few people are already doing that. They include one Surfleet man who is due to marry an NHS worker in August making his own glowing tribute to the health service.

Father-of-two Joe Chapman created the sign out of neon tubing he had lying around the home last weekend.

His fiancée Bexie Browne, currently works at Stamford Hospital and is soon due to move to Peterborough City Hospital for a new placement in the gynaecology unit.

Claire Ingham sent The Voice a video driving around Sutton Bridge at 8pm with residents out on their doorstep.

Rather than clapping Alfie Tizzano (10), of Spalding, has been showing off his talents by tap dancing on his doorstep for the NHS. 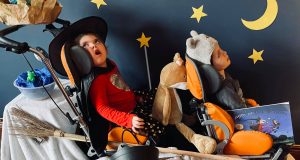 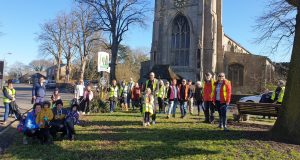