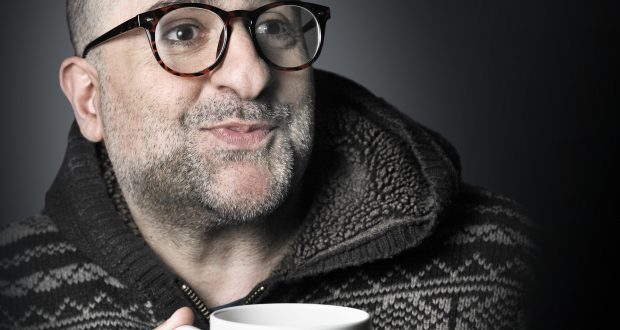 From Hollywood and the West End to Spalding

Comedy fans have two chances to catch a fabulous gig by Iranian comedy legend Omid Djalili at the South Holland Centre next month.
The award-winning actor and stand-up superstar’s experience ranges from Hollywood to the West End stage plus a vast array of television, most recently appearing in Sky 1’s successful drama Lucky Man with James Nesbitt.
His ‘Schmuck for a Night’ tour – which visits Spalding on Thursday and Friday, December 1 and 2 – promises to be a hugely energetic night of topical, political and personal comedy with no subject considered off limits.
Djalili makes no apologies for the potentially contentious nature of his comedy, saying of his tour” “I’ve been offending people around the country.”
He’ll be delivering up his tales, gags, funny accents and inevitable views on Donald Trump with a good-natured humour that’s hard to resist.
Also returning to the Spalding stage as support act on both nights is guitar playing comedian Boothby Graffoe, who has worked for several years as Djalili’s writer.
Tickets are £24 by calling 01775 764777, visiting www.southhollandcentre.co.uk or in person at the box office.
2016-11-23
James Bedford