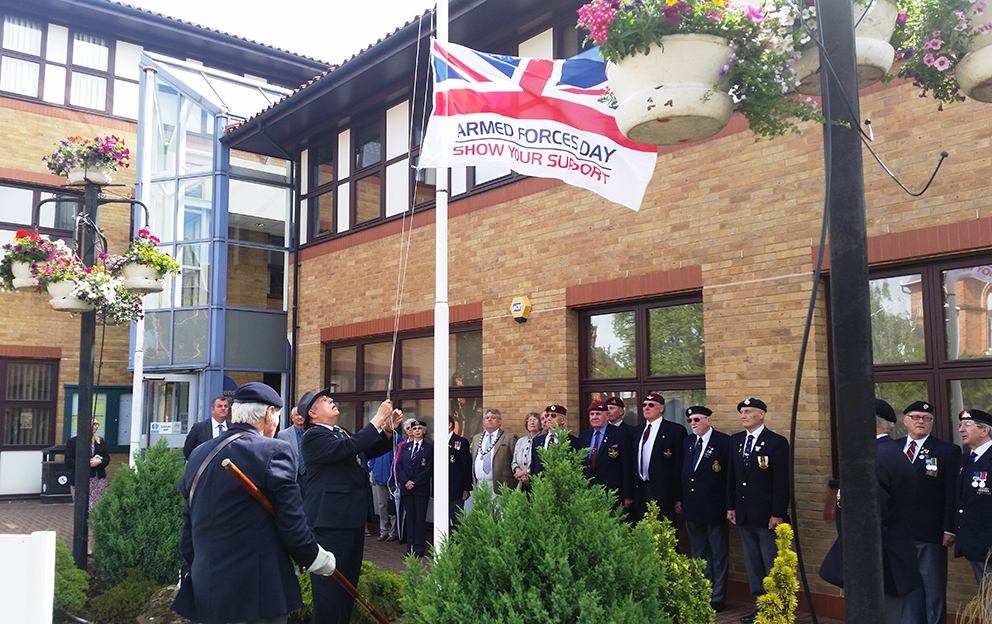 Council chairman Francis Biggadike raised a flag at 10.30am.

Watching were members of Spalding branch of the Royal British Legion, South Holland councillors and members of the public.

Coun Biggadike made a short speech and urged everyone to show their support for Armed Forces Day, which takes place on Saturday (June 27).

He said: “It is a great honour and privilege for me to raise this flag in support of Armed Forces Day.

“It is vital that we never forget the dedicated work of our service men and women.”

The annual Armed Forces Day is an opportunity for the nation to show its support to service men and women past and present. A parade of services personnel is due to be held through Hall Place and Market Place in Spalding on Tuesday (June 22) at 10.15am.