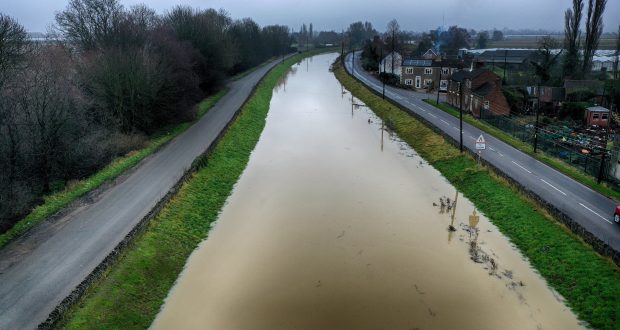 The Environment Agency had yesterday put a flood warning ‘expecting’ flooding in the area around high tide.

Another warning was put out for this morning following the rain that’s fallen in the last 48 hours.

The high water levels of the River Glen yesterday were captured on camera at West Pinchbeck by Lincolnshire Drones.

For the latest flood warnings from the River Glen visit https://flood-warning-information.service.gov.uk/target-area/055FWFPLGL02