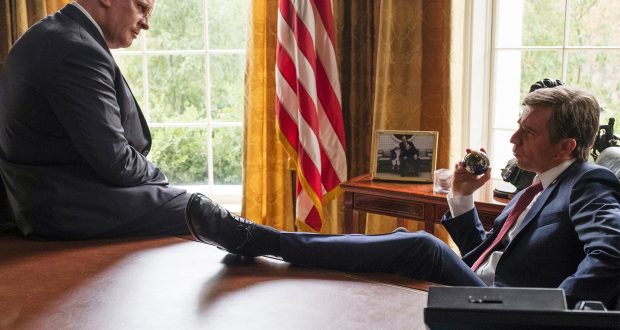 Much hype surrounded the release of Vice, given that it has scored a huge eight Oscar nominations.

Adam McKay’s (The Big Short) new film tells the story of former American Vice President Dick Cheney, who is regarded as one of the most influential political figures in recent times.

Not as notorious to those of us with limited interest in American politics, it’s fair to say that Cheney is best known for his questionable role in the invasion of Iraq in 2003.

But it was his part in transforming the relatively limited role of Vice President into a position of incredible power – and how he used it to dramatically transform domestic and foreign policy – that he is perhaps best known for.

Vice offers a version of that story, although it’s hard to take it 100 per cent seriously (how could you when Cheney is still alive and hasn’t signed off on the film?).

Imagine a Labour supporter doing a film about a Conservative figure and you’ll catch my drift.

Anyway, it’s fair to say that Christian Bale’s portrayal of Cheney is the star attraction of Vice. Under a huge amount of make-up at times and having to pile on the pounds to boot, he really goes to town on the character.

We meet him as a young drunk who has dropped out of college. But wife Lynne (the always excellent Amy Adams) orders him to sort his life out and pursue a career in politics… or else.

It’s then that he makes his way to Washington D.C. and takes a role under the wing of Steve Carell’s Congressman Donald Rumsfeld, a figure who will teach him everything there is to know about the dark arts of politics.

You kind of know the rest, with Cheney duly rising through the ranks over the ensuing decades and requiring all the credentials to become a Presidential candidate.

There’s more than enough material for a happier film there (something the film eludes to with a fake ending at one point), but the main event is really the role he played as

Watching the cunning Cheney have the keys to the Oval Office handed to him on a silver platter is a little disconcerting, as is the post-911 content. But it’s compelling viewing, for sure.

McKay, like in The Big Short, breaks the fourth wall regularly and often arrives at conclusions just to serve his obvious agenda.

It’s these moments, I suppose, that make Vice a Holywood blockbuster, rather than a documentary of sorts.

The performances – especially from Bale, Adams and Rockwell – are very strong across the board, but it’s hard to take Vice at face value.

Clearly anti-Cheney, the film is guaranteed to divide opinion and its one-sided nature ruin any chance it had of achieving greatness.

Voice Verdict: 7/10 (Reviewed at Boston Savoy)
+ Bale leads a great cast
+ Spins a very interesting story…
– …but is very one-sided
– not for everyone