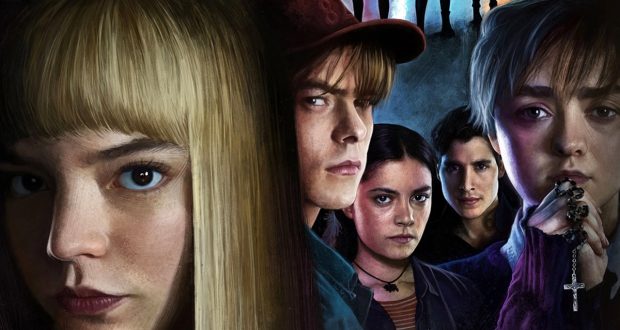 More than two years after it was originally scheduled to hit the big screen, The New Mutants (TNM) finally arrived last week.

Hit by delays galore, it was feared by many that the X-Men spin-off directed by Josh Boone (The Fault in Our Stars) would be an absolute car crash.

I’m here to tell you that it’s not as bad as you might fear…but that it’s also not going to reach the levels of expectation that fans of the comic had hoped for.

The first thing to understand about TNW is that it’s more of a Young Adult (YA) horror offering that the traditional X-Men fare, which does help it stand out from the crowd.

The plot here is actually pretty topical in a post-lockdown world, with five teenagers who have shown mutant tendencies hidden away in a mysterious facility.

Their only contact with anybody other than themselves comes from Dr Cecilia Reyes (Alice Braga), who spends most of her time looking at her subjects on a camera in her creepy office.

We enter the facility with new patient Dani Moonstar (Blu Hunt), a grieving teenager who doesn’t really know what her powers are capable of.

Her arrival comes at a strange time for the facility, with a series of unexplained events leaving the other inmates on high alert.

All have upsetting backstories, which they are forced to relive (with varying degrees of brutality).

The small cast all do a solid job and the creepy location helps produce a claustrophic yarn that does serve up some exciting moments.

Taylor-Joy is the stand-out here, with her character having some pretty awesome scenes. You could imagine her as an anti-hero that would perhaps be a little too dark to be a regular on the X-Men team (she’d certainly catch Magneto’s eye, though).

Williams and Hunt also have good chemisty in their many scenes together, while the two lads don’t really impress quite as much despite having cool powers.

At around 90 minutes long, TNW doesn’t overstay its welcome but it does struggle to decide what genre it belongs in.

I enjoyed the attempted horror scenes, but they never fully commit and won’t really scare you all that much.

So, if you’re looking for a solid action fare with horror elements, TNM is exactly that.

My fear for it would be that, at a time when people aren’t visiting the cinema in great numbers, it’s not really good enough to entice them out of their homes.