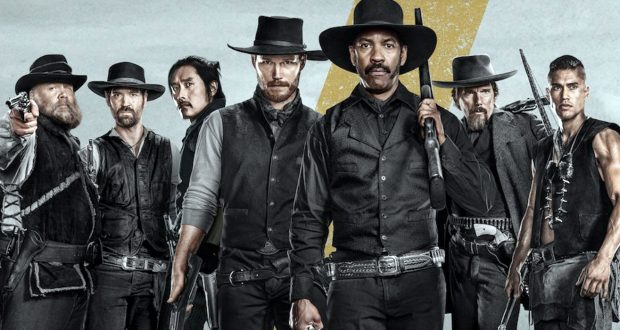 Film review: The Magnificent Seven (12A)

I’m not really a huge fan of Western movies, which are something of a dying breed these days.

With that in mind, I’ve never seen the 1960s version of The Magnificent Seven – but, of course, I’m aware of it.

For me, that was a bonus as I was able to look at Antoine Fuqua’s (Training Day) remake with fresh eyes and not draw any comparisons with the Steve McQueen classic.

I was, however, drawn to The Magnificent Seven by the casting of Denzel Washington, Chris Pratt and Ethan Hawke, as well as it having True Detective’s Nic Pizzolatto on co-writing duty.

At its core, the film is a simple story of revenge. The heinous acts of heartless villain Bartholomew Bogue (Peter Sarsgaard – Black Mass) in a small town called Rose Creek drive widowed Emma Cullen (Haley Bennett – The Equalizer) and her friend Teddy Q (Luke Grimes – Fifty Shades of Grey) to hire a seven-man “team” to take back her devastated town.

As far as I’m aware, it’s pretty much the same concept as the 1960 John Sturges-directed “original”, which itself was a remake of Akira Kurosawa’s 1954 classic Seven Samurai.

The Seven are very much led by Washington’s Sam Chisolm, who (although he won’t say it himself) is essentially a bounty hunter.

You get the impression that this group of men probably wouldn’t have travelled in the same circles back in post-civil war America (circa 1870), but that kind of animosity isn’t really explored.

Each of the characters has their own introduction, but The Magnificent Seven is essentially all about the final conflict between the group and Bogue’s people.

Sadly, that made things feel a little processional and largely predictable. If you’ve seen this kind of film before, you know how things usually play out. Frankly, The Magnificent Seven didn’t surprise me once and I did feel a little bored waiting for the end game to kick off.

The cast, however, look like they’re enjoying themselves and do just about save the day. It must also be said that the final battle is very well done and really delivers.

Both Washington and Pratt shine as characters that you can tell they enjoyed playing, while the other five all play very important roles in making the team more well-rounded.

There’s nothing you haven’t seen before here, which is a little disappointing.

But if the idea of a number of top actors gun-slinging in a Wild West setting is your bag, you’ll likely enjoy what is a largely solid offering.