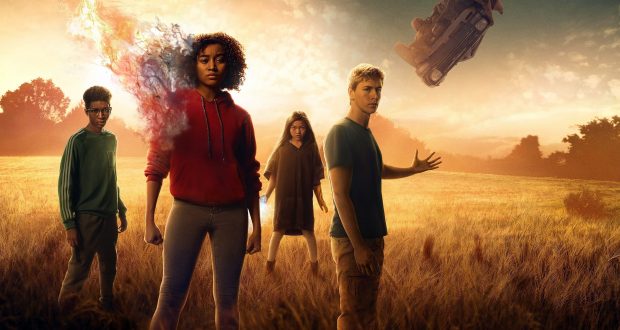 ORANGE IS THE NEW GREEN: From left –Skylan Brooks, Amandla Stenberg, Miya Cech and Harris Dickinson in The Darkest Minds.

Film review: The Darkest Minds (12A)

The Young Adult (YA) genre has often been a guilty pleasure of mine over the years.

The Harry Potter films, the Hunger Games series and the Maze Runner offerings were all very enjoyable, while I was even partial to the first two Divergent movies (until it got really, really bad).

Next in line to present a dystopian future where children and adults are at odds with each other is The Darkest Minds, which is based on the popular Alexandra Bracken novel.

This a world where 90 per cent of the world’s children (under-17s) have been killed off by a mystery disease that isn’t really explained all that well in a muddled opening.

Those who survive the virus are bestowed with differing forms of superpowers (I can’t honestly tell you how or why) and, with the adult world terrified of them, they’re shipped off to military camps and forced to work in slave-like environments.

Helpfully, the government put the children’s powers into colour-coded categories. Those with green abilities are deemed hyper-intelligent, but safe (for example).

Blues are capable of Jedi-style telekinesis, while yellows can manipulate electricity. Those three are deemed acceptable by the powers that be, but oranges (mind control) and reds (I’ll not spoil the surprise) are deemed too dangerous and killed on sight.

Our main character Ruby (The Hunger Games’ Amandla Stenberg) happens to be an orange that defeats the system and lives among the greens in her military camp.

But, when her cover becomes compromised, she’s forced into a daring escape mission that leads her towards a small group of fellow escapees.

Liam (Harris Dickinson), Zu (Miya Cech) and Chubs (Skylan Brooks) take Ruby under their wings and teach her about how the world works, but they’re mercilessly tracked by bounty hunters (including the under-used Game Of Thrones star Gwendoline Christie) and the military.

Their only hope is to find the legendary “Slip Kid”, who promises a safe haven for all of the hunted.

However, with Ruby hiding her true power and determined to go home to her parents, she must decide which path to follow.

The Darkest Minds does have some good ideas, but it’s hard to say that it brings anything genuinely ground-breaking to the table.

While the cast, especially Stenberg, are all pretty solid and likeable, they exist in a world that feels like it’s been done a few too many times before.

The story is also very easy to predict. It took me no time at all to guess who the Slip Kid would be, while the film’s big “twists” are easily telegraphed.

It’s also a shame that the story never really reaches a conclusion. It’s obviously based on the first in a series of books, but it’s already looking unlikely that a sequel is being considered (unless it’s wanted, of course).

That leaves you feeling like you’ve seen half a story – and the big decisions certain characters make feel a little pointless as a result.

There is solid science-fiction action to be gobbled up here and it’s hard not to root for the main group.

Sadly, The Darkest Minds doesn’t do enough to merit the sequel it badly needs.