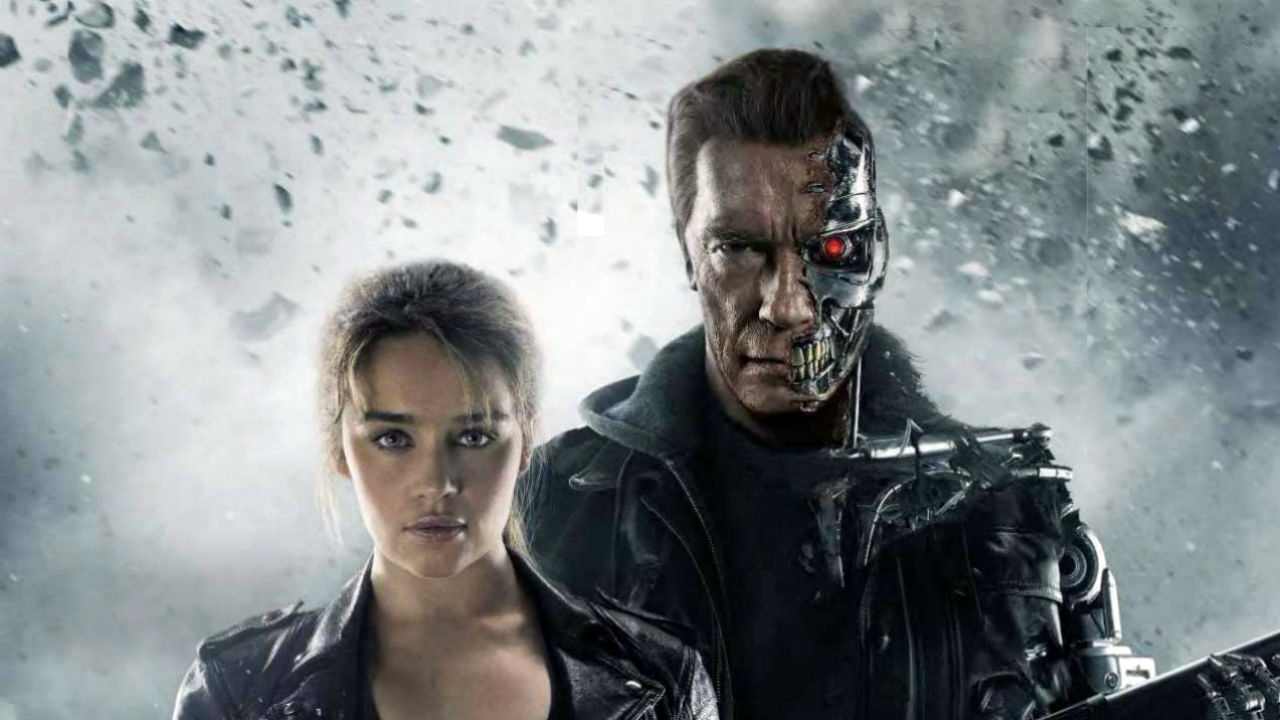 BACK TO THE FUTURE: Emilia Clarke and Arnold Schwarzenegger re-boot iconic past characters in Terminator Genisys.

I’ve always thought that a generation of film fans show a degree of snobbery when it comes to the more recent Terminator sequels.

But I certainly don’t think they are bad films. Indeed, I rate both as worthy additions to what will always be a pretty ground-breaking franchise.

The problem is, action films about robots turning on humanity are pretty commonplace nowdays – and it’d be a tall order for any film in this genre to attain the kind of legendary status T1 and T2 managed back in the day.

With that in mind, it feels like fans and critics have just been waiting around ready to slate the latest addition to the family, Terminator Genisys.

I’m pleased to tell you that I’m not in that camp – and I thoroughly enjoyed Alan Taylor’s (Thor: The Dark World) fresh take on the Terminator universe.

First things first. If you’ve not seen the first four films in the series (or indeed the excellent Sarah Connor Chronicles TV show), you’ll not be in the dark here.

But I must admit, Genisys boasts Easter eggs galore for each slice of the franchise – and it’ll certainly help you grasp what is a pretty complicated storyline if you’ve got some understanding of the film’s roots.

There’s nothing too shocking about how Genisys gets started, with a battle-scarred leader of the resistance John Connor (Jason Clarke – Dawn of the Planet of the Apes) and his trusted soldier Kyle Reese (Jai Courtney – Divergent) closing in on the end of the war with the machines.

But when they finally bring down Skynet, the machines initiate their fail-safe – sending a T-800 terminator back in time to kill John’s mum Sarah Connor (Emilia Clarke – Game Of Thrones’ “Khaleesi”) and ensure he never exists.

That prompts John to send Reese after the terminator in a bid to prevent the machines from completing the mission.

For those of you in the know, we’re seeing the build-up (for the first time) to the events that take place in the very first film.

However, a shocking event moments before Reese’s trip back to 1984 San Francisco triggers an alternate timeline – meaning you should now forget everything that you thought you knew about the series. 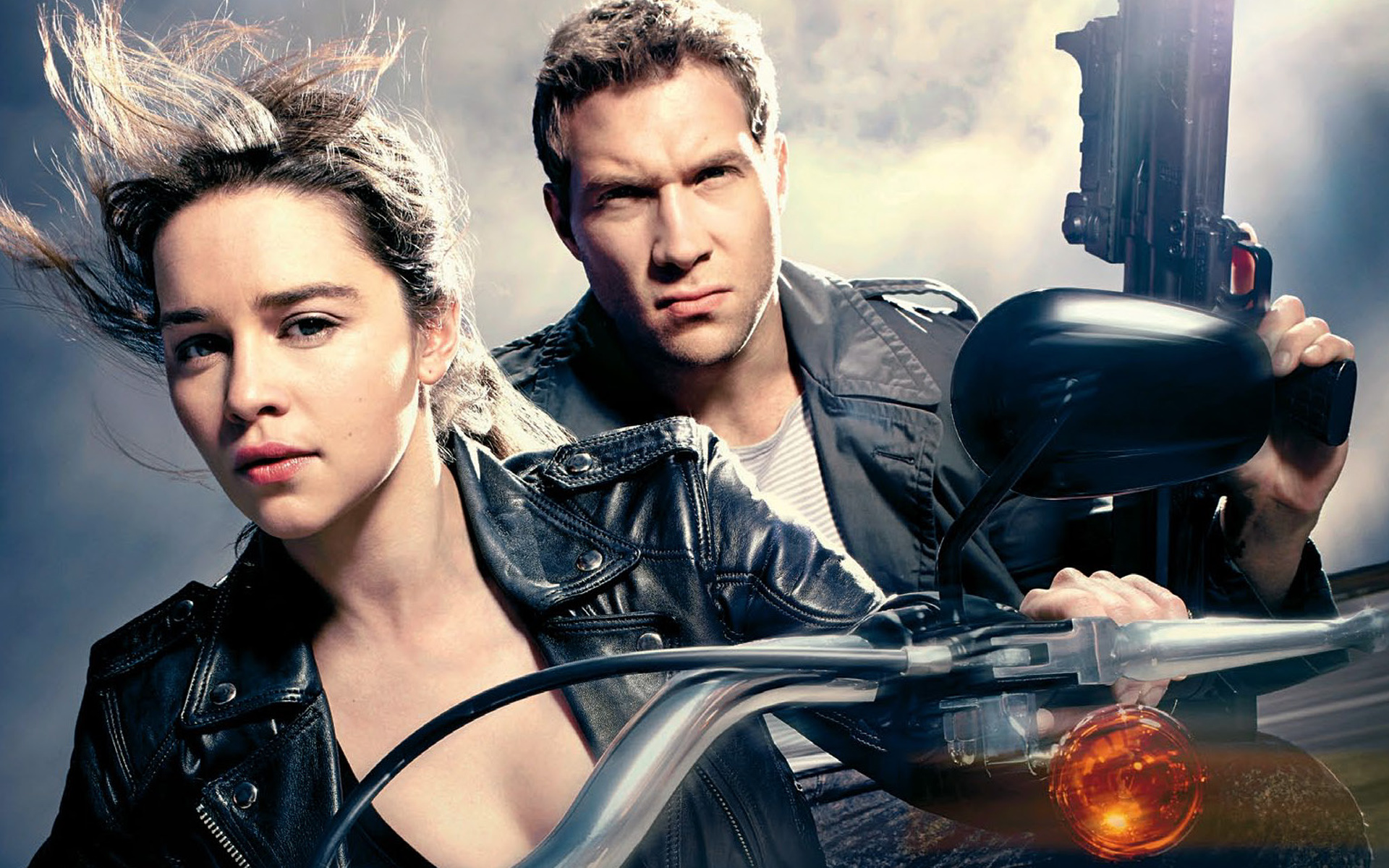 For starters, Sarah is no longer an unassuming waitress. Oh no, she’s a gun-toting bad-ass with a friendly terminator as her guardian.

And not just any terminator, but a version of Arnold Schwarzenegger’s T2 character. Sarah even calls him “pops”.

Both are expecting Reese – and are well aware of what the future holds. So (you guessed it), their aim is to jump into the future and stop Judgement Day (scheduled for 2017 in this timeline) from ever happening.

It’s thoroughly entertaining stuff, with a host of awesome action sequences – including a great turn from Byung-hun Lee (G.I. Joe) as a new T-1000.

However, the film did shoot itself in the foot before anyone got the chance to see it, by revealing the main plot twist in its trailer. I’ll not repeat the spoiler, but it did make a huge moment in the film fall a little flat.

Of the main cast, Schwarzenegger is (of course) on fine form in what is perhaps his most iconic role over the years.

I also thought Emilia Clarke was a brilliant Sarah, too. It’s hard for anyone to ever live up to Linda Hamilton’s character, but the Game Of Thrones star nailed it for me.

Courtney was a less intense Reese than Michael Biehn before him, but was solid enough too.

As touched upon above, Genisys will likely draw unfair and unsympathetic comparisons to the two original Terminator films.

But it’s an exciting summer action blockbuster that is packed with a strong and talented cast – and I’ll certainly be back for more if the post-credits scene leads to another sequel.