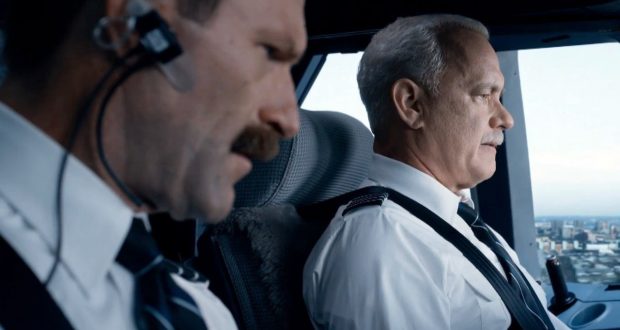 It’s very rare that anything positive comes from a plane crash – something painfully highlighted by the recent tragedy in Colombia.

However, Sully – the story of the miracle on the Hudson – is one of those rare occasions that a crash (or water landing, as the pilots would insist) managed to create a wave of pride in a post 9/11 New York.

Director Clint Eastwood tells the remarkable tale of veteran pilot Chelsey “Sully” Sullenberger, the man given hero status for landing his irreparably damaged plane in the Hudson River in 2009, saving all of the flight’s 155 passengers and crew.

However, the main focus of what is a truly amazing story is Sully’s inner struggle in the immediate aftermath of the incident.

With much of America holding him up as a hero, his superiors question the logic of his decision to land in the water – with the suggestion being that he could have guided the plane to two differing airport runways.

He’s haunted by the idea that he made the wrong decision and fears that his entire career will be tarnished by the incident.

It’s a wonderfully personal story filled with great characters representing real people – and who better to play the lead role than Tom Hanks? An actor I’d wager that most people reading have the utmost respect for, he revels in this kind of role.

It’s a real return to form for him, too, with Skiles every bit as important in the safe landing as his friend in the cockpit.

It’s great to see two actors at the peak of their powers portraying two men that excelled in their field, but had no interest in being heroes.

If you’re familiar with Eastwood’s films, it’s fair to say that Sully pays the same attention to detail as the excellent Gran Torino and American Sniper.

The writing is well balanced and the acting is superb – while it’ll also get you emotionally.

Casting Hanks as the lead was also a masterstroke.

He’s at his very best here, in what is probably his most memorable outing since Captain Phillips.

That combination of top notch acting and directing is the perfect cocktail for one of 2016’s best films – and I can’t recommend Sully enough.

I wasn’t massively clued up on the story and it made my experience even better.

And, much like my other favourite film of the year, The Revenant, you can really smell an Oscar in the air here.

In short, Sully is a wonderful film that really is essential viewing for everyone.