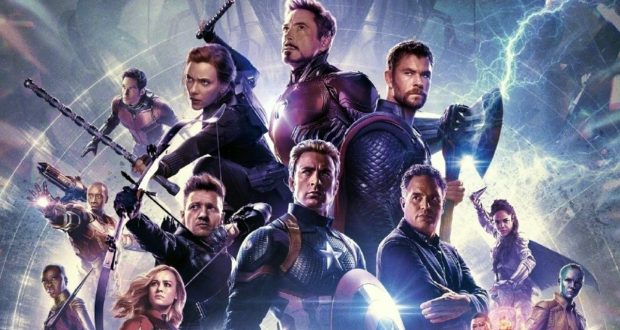 A FITTING FINALE: The loaded cast in Avengers: Endgame all deliver spectacularly to conclude the decade-long Infinity Saga.

Never before has one film acted as a finale for the 21 others that preceded it, but it’s unlikely that there’s ever been a bigger production than Avengers: Endgame.

If, like me, you’ve enjoyed the incredible work done by Marvel Studios over the past decade – bringing the likes of Iron Man, Captain America and Thor to life in the Marvel Cinematic Universe (MCU) – then this is as good a climax to the series as you could have hoped for.

However, how I explain that to you is incredibly difficult, given that Endgame is best experienced without any hint of a spoiler.

I’ll be honest, I had a host of theories that I was almost sure would play out in this incredible three hours of cinema, but very few of them were even close to hitting their mark.

Screenwriters Christopher Markus and Stephen McFeely, and directors Joe and Anthony Russo deliver the best MCU film to date with amazing ambition, tying up so many loose ends from previous films and also take the war with Thanos in a direction that I simply never saw coming.

If you’ve seen all of the other films in the ‘Infinity Saga’, your knowledge will be rewarded and some of the lighter moments will resonate that little bit more.

However, if you’re just looking for a direct sequel to Infinity War, it’s just about accessible (although absolutely not the best way to enjoy the film).

They are joined by Captain Marvel (Brie Larson), Ant-Man (Paul Rudd) and Hawkeye (Jeremy Renner) as some stage, but it’s fair to say that most of the screentime is hogged (rightfully so) by the original Avengers.

The mood is sombre at times, but there’s still plenty of trademark humour here (take a bow Thor) and the action, as you’d expect, is absolutely off the scale.

But what you won’t account for is the emotional gut punches that Endgame is able to deliver.

If you’re a fan of the MCU, it’s almost certain that you’ll shed a tear or two; these characters have been a mainstay of modern cinema and, for some, there’s a strong chance we’ll not see them again.

Much has also been made of the lengthy running time. I’m here to tell you that you’ll not once feel like Endgame is treading water of wasting time. With so many plates spinning at the once, the film is as long as it needs to be – and actually flies by.

As a self-confessed fan of the films, I can tell you that it’s a near-perfect way to bring the respective stories of the MCU heroes to a close and easily one of the best super-hero offerings ever made.

There is an amazing amount to digest and you’ll likely leave the cinema feeling like you’d like to watch Endgame again in a bid to truly take it all in.

I’m not sure quite where the MCU will go next, as the options are endless.

But they’ll have to go some to raise the bar as they move on from the Infinity Saga.

Simply put, this is a genre masterpiece.