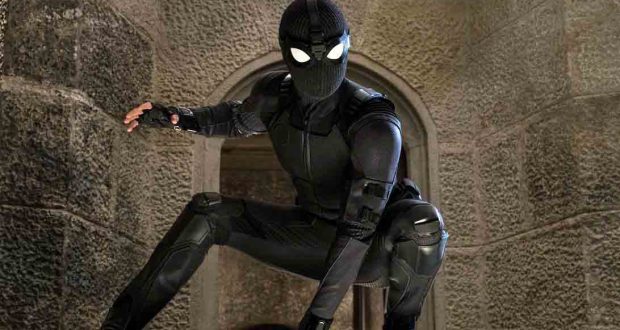 Tasked with following the game-changing Avengers: End Game while also ushering in the MCU’s next phase, Far From Home almost had an unenviable task.

But Spider-Man, once again expertly portrayed by Tom Holland, rarely disappoints and this time serves as something of a palate cleanser in what is sure to be another success story for Marvel Studios.

Now, fair warning. It’s pretty hard to review Far From Home without dropping a few End Game spoilers – so, if you’ve not seen it yet, it’s perhaps best you stop reading right about here.

With that out of the way, Far From Home is both an enjoyable continuation of the characters introduced in 2017’s Homecoming and a great evolution of the Peter Parker we last saw being given a fresh lease of life in End Game.

With the memory of fallen mentor Tony Stark/Iron-Man looming large everywhere he turns, Peter – more than ever – just wants to be a friendly neighbourhood Spider-Man.

But he also wants to go on a European school trip with his school mates to forget about Thanos’ snap (now called the blip) and get closer to his would-be girlfriend MJ (Zendaya) while ‘ghosting’ an angry Nick Fury (Samuel L Jackson) in the process.

Naturally, trouble – in the form of CGI bad guys The Elementals – follows Peter at every destination he visits (including excellent fight sequences in Venice, Prague and London), but new hero Mysterio (Jake Gyllenhaal) is there to back him up.

I’ll not dig too deep into Mysterio’s origins, but both he and Gyllenhaal are excellent additions to the MCU and will leave you questioning what you believe to be real.

Anyway, both he and Spider-Man must team up to stop The Elementals decimating the planet…even if Peter would rather be telling MJ how he feels.

Holland is, for my money, now the definitive movie version of the web-slinger and nails the role perfectly.

Likewise, Zendaya is on top form as a much different version of MJ than we’ve seen before.

Mysterio was also a welcome surprise, playing a character that will evoke plenty of emotions that are shared by people in a time when it’s difficult to know just what to trust.

With some of the best visuals seen in the MCU to date, plenty of well-done humour and a nicely contained story, there’s really nothing not to like about Spider-Man’s latest outing.

However, make sure you hang around for a potentially huge stinger in the mid-credits and a sneak peak into what comes next at the end of them.

In short, Marvel have delivered the goods again.