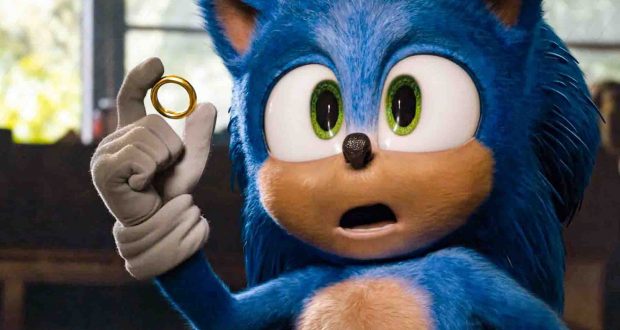 LORD OF THE RINGS: Sonic The Hedgehog is voiced by Ben Schwartz in the new Jeff Fowler-directed action offering.

Even the most devoted of video game enthusiasts would have to admit that Holywood doesn’t have the best record of transferring stories from our hands to the big screen.

As somebody who has a real passion for gaming, I can honestly tell you that some of the best storytelling I’ve ever enjoyed has come from video games.

Sure, Assassin’s Creed and Warcraft were solid action showings and Detective Pikachu served a certain audience, but they didn’t go down well with critics.

With Sonic The Hedgehog, Sega’s ever popular mascot, you sensed director Jeff Fowler would go down the cheerful fan service route.

And so it proves, with the film – which is mostly for kids – feeling largely cheerful and full of gentle gags.

The story is very simple, with a young Sonic (voiced by Ben Schwartz) forced to leave his world and go into hiding in the town of Green Hills, Montana.

He’s a bit like a hedgehog version of The Flash, blessed with super speed and the ability to move without others noticing his presence.

Naturally, he lives in isolation (for a decade) – but forms a personal bond with Tom Wachowski (James Marsden) and his wife Maddie Wachowski (Tika Sumpter) in his own head.

With Sonic breaking the fourth wall Deadpool style in the early moments, we learn how lonely his is.

But an incident soon brings him into the crosshairs of the government, who send in Jim Carrey’s wacky Dr Robotnik in a bid to hunt the Blue Blur down and perform tests on him.

With his only option to either escape to another world or befriend local Sheriff Tom, he opts for the latter – and what follows is basically a PG version of Ted.

The duo have solid chemistry and Sonic’s speed allows for some enjoyable scenes akin to Quicksilver’s slow motion moments in the more recent X-Men films.

Likewise, Marsden is solid enough as Tom – although you really have to question just why he’d go to such lengths to help Sonic.

It’s Carrey who is the big name attached to this project, though. As you’d expect, he fully commits to his role as an evil genius and does bring a certain gravitas to proceedings.

Packed with Easter eggs for fans, there’s nothing to strongly dislike here.

I certainly wasn’t bored watching Sonic and, judging by the reaction of the children in my showing, it has found a good audience and should buck the game to film trend.

For adults looking for a night out, I can’t offer such high praise. It’s a bog-standard action movie that isn’t really worth your time.