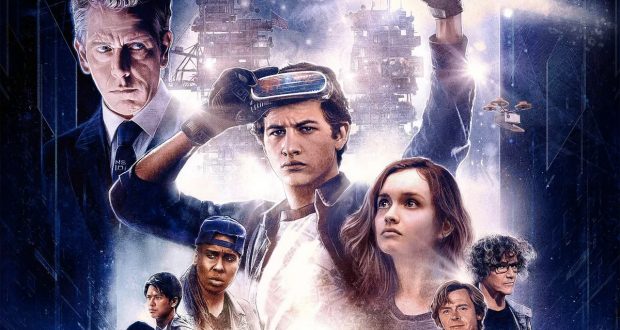 INSERT COIN: Ready Player One’s cast all deliver in what is one of the most impressive films of the year so far.

Film review: Ready Player One (12A)

Imagine for a moment that the late Steve Jobs left his stake in Apple to anybody who could complete three video-game related tasks within his software.

Having a controlling share in a major worldwide company is a huge prize – and that’s the kind of stakes on the line in Steven Spielberg’s latest offering, Ready Player One.

Now, I’ll be honest. As a self-professed gamer, I felt the trailers gave off something off a cheesy vibe and I was prepared to be disappointed.

But I couldn’t have been more wrong, with Ready Player One easily the most fun I’ve had at the cinema this year.

Set in a dystopian Columbus, Ohio in 2044, much of the human race spend their time in the Oasis – a virtual playground that allows players to live as an avatar via their virtual reality (VR) headset.

The players are seeking the Easter egg hidden by the Oasis’ creator James Halliday (Mark Rylance), which can only be accessed once they find three hidden keys within his world.

The main plot follows the story of Wade Watts (Tye Sheridan), a relative lone wolf who is a huge Halliday fan.

Along with a few of of his gaming friends (I’ll not do any namechecks as it’ll spoil a few surprises) they are bidding to find the keys for the love of the game (and, later, to stop control of the Oasis falling into the wrong hands).

And by that, I mean Noal Sorrento (Ben Mendelsohn) and his tech company who wish to ‘win’ simply for the money.

Now, for anybody that loves video games and classic films, Ready Player One’s Oasis is an absolute dream.

It takes online gaming and VR as we know it to the next level, without ever feeling like something that isn’t attainable in real life in the future.

The visuals inside the Oasis are genuinely stunning and some of the references – from Halo to The Shining – will induce many a smile.

It’s hard to imagine a better looking movie, with my only regret being that I didn’t see the film in 3D.

The highlights include an incredible car race full of twists, turns and two creatures with huge cinematic significance, a horror sequence that is perhaps the film’s stand-out moment and an amazing fight sequence that is simply unforgettable.

Truth be told, Ready Player One has so many moments that will stick in your memory and it’ll make you want to jump into the Oasis yourself.

I’ve deliberately not mentioned too many of the other actors involved here, but there is a pleasing cameo from Simon Pegg as Ogden Morrow, Halliday’s only friend.

TJ Miller also puts in a comedic turn as I-R0k, a digital bounty hunter who has ten years worth of loot saved up within his avatar.

There may be a few small gripes from gamers here as some of the nods to classic titles aren’t perfectly done, while the 2044 Ohio setting is perhaps not as fleshed out as it could be.

But all of the performances are strong here and Ready Player One’s Oasis is perhaps the best piece of world building I’ve seen in a film in the past decade.