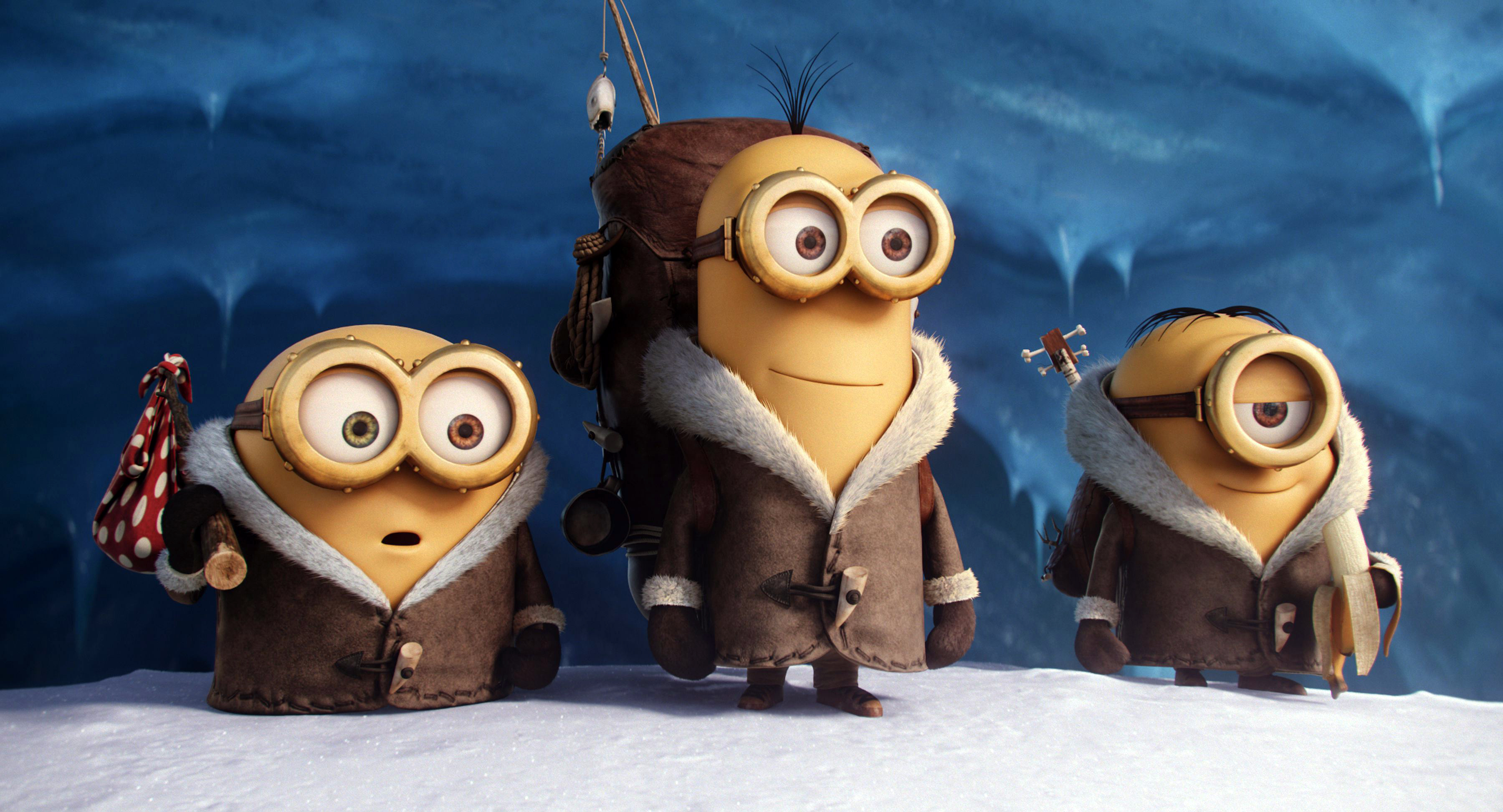 TERRIBLE TRIO: From left – Bob, Kevin and Stuart get the most screen time in Minions.

I’m probably in the minority here, but prior to watching Minions on Thursday I had little or no knowledge of what they actually are.

The curious yellow blobs are absolutely everywhere, be it starring in TV adverts or featuring in ridiculous memes on social media. Hell, there’s even a blow-up Minion in The Spalding and South Holland Voice office.

Having made such an impact, you would be forgiven for thinking that the side-characters from the two Despicable Me films would deliver at least a passable stand-alone movie, right?

Well, you’d be wrong. Horribly wrong, infact. For this reviewer at least, Minions is a simply terrible movie that fails on pretty much every level.

Anyhow, the plot to this origin story (if you can call it that) takes us way back to some of history’s big eras. Be it the Stone Age, Ancient Egypt or the Dark Ages, the Minions require an evil boss to keep them in check.

And while finding a leader is easy (yep, they follow a T-Rex at one stage), the banana-loving yellow blobs just can’t hold onto one.

Having retreated to Antarctica in a “master-free location”, the Minions grow bored – prompting Kevin (the big one), Stuart (the one-eyed one) and Bob (the stupid one) to trek over to the “VillainCon” in Orlando to find a suitable new boss.

Female super-villain Scarlett Overkill (voiced by Sandra Bullock) grabs their attention – and once winning her approval, they head to London and set about attempting to steal the Queen’s crown.

That’s about as compelling as it gets, really. Bullock is wasted, with her character falling very flat and feeling under-used.

The same can be said for Overkill’s husband (voiced by Mad Men’s John Hamm), who does his best in another role that doesn’t quite deliver.

There’s actually a host of top voice talent used, including Steve Coogan, Michael Keaton, Jennifer Saunders and Geoffrey Rush – but I can’t help feel that they could all have been utilised better.

However, I found the Minions themselves as the main problem. Promoted to the lead role, they just aren’t strong enough to take the extra screen time they’re given.

I found myself looking on in disbelief as minutes passed by with the Minions communicating in a language that sounded like a weird mash-up of Spanish, Italian and French.

I appreciate that I’m not the target audience here, but I just found it painful to watch.

Sure, (very) young children may lap this guff up.

But for anyone else, this is a film lacking humour and a compelling plot.