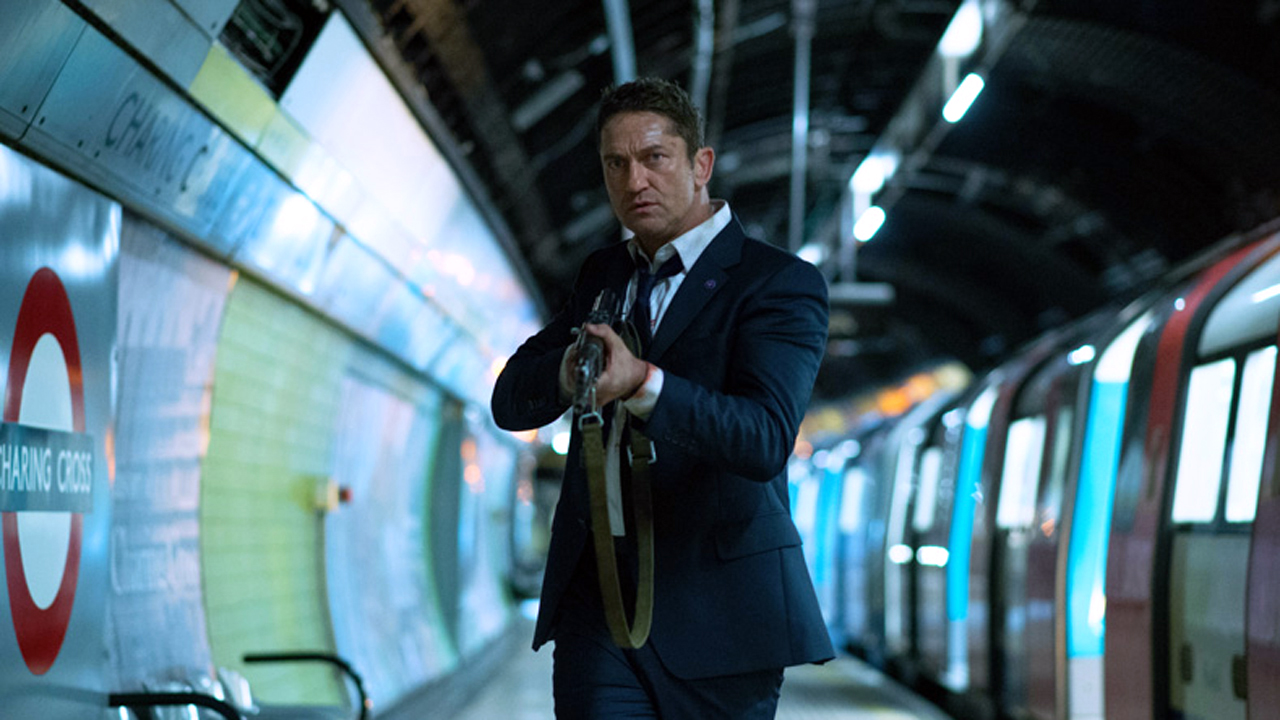 MAN ON A MISSION: Gerard Butler is once again something of a one-man army as Mike Banning in London Has Fallen.

As mindless action films go, I quite enjoyed 2013’s Olympus Has Fallen.

For those of you that didn’t catch the Antoine Fuqua-directed offering, it featured a devastating attack on The White House – and some pretty awesome action sequences.

It also saw agent Mike Banning (Gerard Butler – 300) drop a lot of bodies in a bid to rescue the kidnapped US President and a number of other VIPs.

Fast forward three years and London Has Fallen essentially brings the same formula (albeit now helmed by Babak Najafi) to the table, only swapping Washington DC for our nation’s capital.

Before I run you through the plot, what I will say is that this is massively similar to the original, which is a shame… but not surprising.

Even more disappointing is the fact that none of the returning characters seem to recognise that fact. At any time. At all. Ever.

Anyhow, London Has Fallen kicks off with Banning on the brink of hanging up his secret service gun.

His wife Leah (Radha Mitchell – Pitch Black) is expecting their first child, leaving the hero of Olympus Has Fallen more interested in decorating his nursery (with a Kevlar mattress, no less) than taking a bullet for his country.

However, the impromptu death of the British Prime Minister dictates that President Benjamin Asher (Aaron Eckhart – The Dark Knight) must travel to London for the funeral.

With the rest of the world’s leaders also set to attend, Banning must head up the President’s security detail in what is essentially a security nightmare for Scotland Yard.

If that sounds like too good an opportunity for the stereotypical terrorist to pass up on, you’d be right.

Indeed, Banning and co are travelling into the heart of a gigantic trap that ultimately sees London and its many iconic landmarks blown to smithereens. There are casualties galore, but Banning is the equivalent to a one-man army in this franchise – so it’s his job to take the fight to the seemingly limitless hordes of enemies and restore order to the city (as I said above, sound familiar?)

Back Stateside, the returning Trumbull (Morgan Freeman – The Dark Knight Rises) is now Vice President – and he deals with the vast majority of the situation room style scenes, while also facing up to the bad guys (via FaceTime, no less).

There are also cameos from Arrow’s Colin Salmon (head of the Police) and the returning Secret Service Director Lynne Jacobs (Angela Bassett – Malcolm X), but this is very much the Banning show.

Having seen the same premise before, I did feel that London Has Fallen came up a little short to it’s predecessor.

Seeing London play host to the sequel was a buzz, with the visuals – especially during the main attack sequence – very impressive.

Butler looks right at home back in Banning’s shoes – and he does a strong job anchoring the 1.40hr action-fest. You know what you’re going to get from him and he duly delivers again.

Eckhart and Freeman are on typically solid form too, but in truth neither has to stretch himself too much.

But London Has Fallen is another one of those “leave your brain at the door” offerings that you’ll likely see repeated over and over on ITV2 in five years or so.

It’s good fun throughout, but lacks any kind of originality. Equally, the lack of a nod to the original really bugged me – and almost made the film feel like a reboot.

For the visuals and action alone it’s worth a trip to the cinema, but don’t expect a classic.