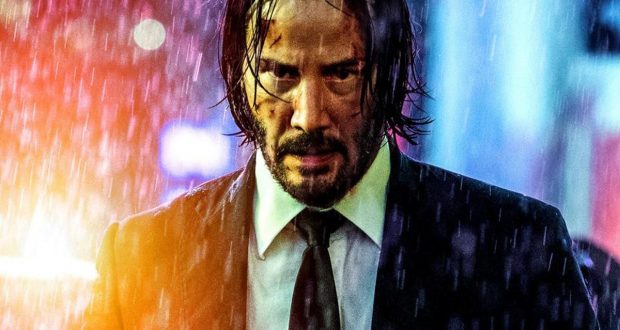 John Wick is a name that breathes fear into those living in the deliciously sadistic assassin world created by this breathless series of action films.

But for me, the name John Wick means I know exactly what I’m going to get at the cinema – non-stop action, visceral fight scenes and brilliantly over-the-top interplay from a great cast.

I’ll not give you a massive history lesson of what has come before, but it’s fair to say that, if you’re new to the series, Keanu Reeves’ Wick is a deadly assassin who was dragged back into a world he had retired from in mostly heart-breaking circumstances.

He’s pretty much the baddest man on the planet, yet still manages to be a character you’ll root for.

This latest chapter of almost non-stop action follows on almost instantly from the excellent 2017 sequel, with Wick now the target of every assassin in the business due to being made ‘excommunicado’ from the all-powerful High Table for breaking their sacred rules last time around.

He’s hurt and on the run with seemingly nobody to turn too, making for some incredibly innovative fight signs as he bids to get out of New York city before the net closes in on him.

Wick’s journey to try and stay alive is a breathless one, as he sets about trying to put things right with the High Table. It takes us to some surprising locations, but also reveals much more about the master assassin’s backstory – which is very welcome.

Reeves again plays the part with great emotional restraint, which is the kind of role he excels in. But boy, does he take one hell of a beating along the way.

Some of the fight scenes are incredible (especially one that involves medieval weapons) and they are beautifully shot while also ending with the most extreme of brutality.

Very rarely have I heard so many “oooooohs” in Boston Savoy cinema; it’s that good.

As ever, Parabellum has a great supporting cast. Returning are fan favourites Ian McShane, Laurence Fishburne and Lance Reddick as Winston, Bowery King and Charon respectively.

Reddick, in particular, gets way more screen time this time around – and he certainly doesn’t disappoint.

Of the new characters introduced, Halle Berry’s Sofia is easily the most notable. Although she’s not in the film as much as you’d perhaps like, she’s a key figure from Wick’s past.

The duo share a scene (along with two dogs) that is one of the most beautifully staged you’ll see in the genre and it’ll certainly please fans of video games.

Don’t get me wrong, Parabellum does have a few sizeable plot holes and major moments do (at times) fall a bit flat due to their ultimate insignificance.

I can forgive those few occasions though, given just how much fun watching John Wick continues to be.

With a fourth chapter already in the works, there are plenty more stories to be told in this beautifully sinister universe. And, to be honest, more of the same would be just fine with me.