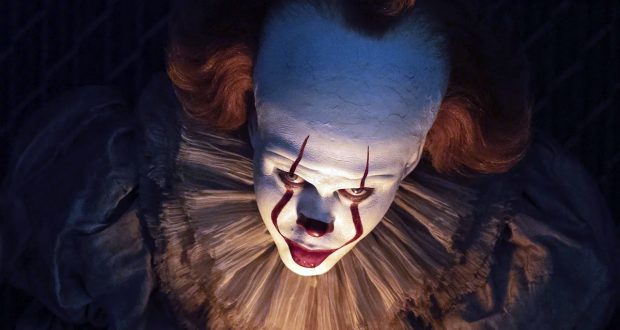 CLOWNING AROUND: Bill Skarsgård reprises his role as Pennywise in IT Chapter Two.

For my money, 2017’s IT remake was the best horror movie to hit the cinema in recent times.

While not being perfect or overly terrifying, it captured a Stranger Things vibe and served up a surprisingly great young cast – while also doing a good job of the iconic Pennywise character.

One of the biggest surprises (if you’d not read the book or seen the TV series) came right at the end, when it was revealed there would be a second movie, making Chapter Two one of this year’s most keenly anticipated films.

All barring Mike have moved on from Derry, Maine following the gruesome events of Chapter One and have forgotten about Pennywise (Bill Skarsgård).

However, when the killer clown makes a brutal return, Mike ensures that they fulfil their blood promise and return to finish him off once and for all.

It’s a pretty simple plot that re-treads many of the steps seen in the original, with the group also doing their best to remember just what happened after they defeated the villain last time around.

Pennywise, naturally, torments them both individually and as a group throughout, setting the stage for an end battle that certainly doesn’t disappoint.

In a strange way, it feels like a video game packed full of side quests before all of the characters have levelled up sufficiently to proceed.

There are also some truly savage scenes this time around, as well as some plot threads and deaths that really do hit home during what feels like an unnecessarily long 2.45hrs running time.

The casting is pretty impressive, with Chastain and McAvoy especially feeling like great choices to play Bill and Beverly.

But it’s Hader who steals the show as Richie with a performance full of both bravado and vulnerability.

Does Chapter Two improve on its predecessor? I’d have to go with no, given that it feels like something of a re-skin with older characters.

Sure, there are some harrowing moments and the characters are great.

But Chapter Two is just too long and feels way too similar to what came beforehand – although that still makes for a strong horror offering and Pennywise remains an enjoyable antagonist.

Regardless of the negatives, the two IT films have at least succeeded in doing justice to Stephen King’s work and now set the standard in the horror genre.

Voice Verdict: 7/10 (reviewed at Boston Savoy)
+ Great casting…
+ …especially Hader
+ Pennywise has still got it
– Too long
– Feels very similiar to Chapter One