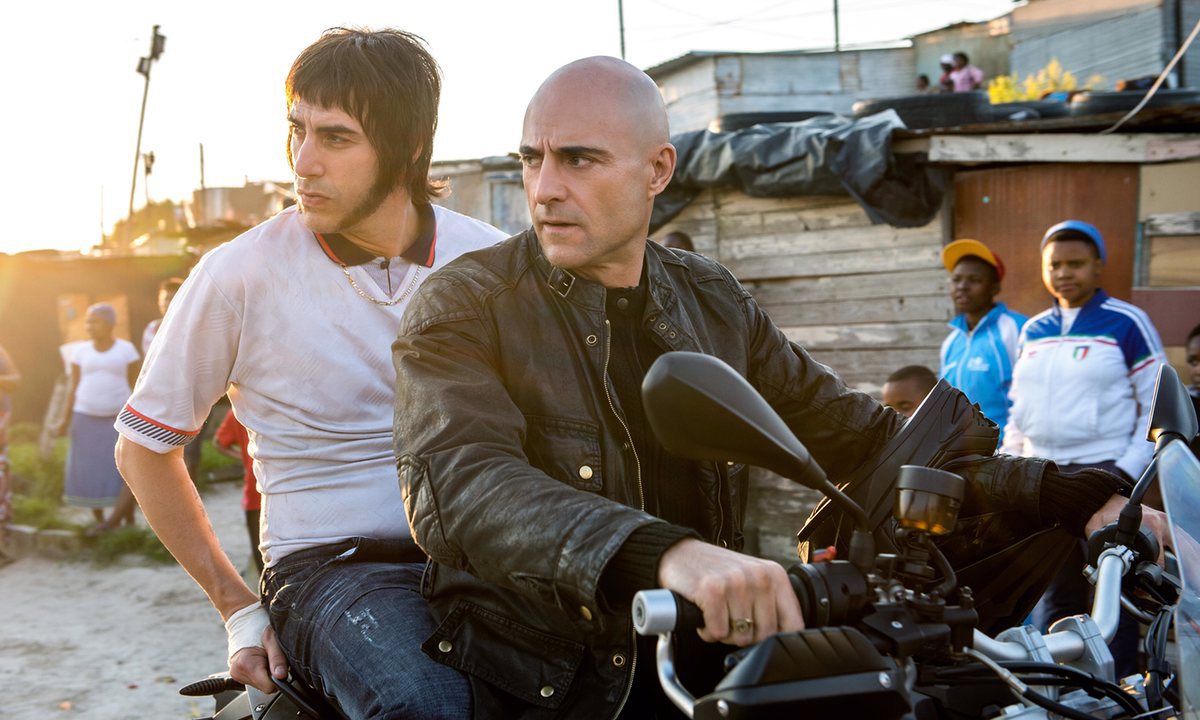 Over the years I’ve loved some of his work, most notably Ali G and Borat – two of the funniest characters I can remember during my youth.

It was also something of a novelty to be heading to watch a film named after a place that is signposted on the way to Boston’s West End Cinema.

Yet, for some reason, I had this nagging feeling that it was going to be a stinker.

I held that feeling until about halfway through, when one scene genuinely brought tears of laughter to my eyes.

It was then that I realised I’d been laughing for the majority of the film, regardless of how crass and nonsensical Grimsby is all the way through.

Before I expand more on that, I should probably give you a brief synopsis of the (ridiculous) plot.

He and his partner Lindsey (Rebel Wilson – Glee) have a ridiculous amount of kids with names like Skeletor and Django Unchained…oh, and a massive kebab grill in their kitchen too. Nice.

Nobby is happy enough in his benefits-fuelled life, but is still haunted by the fact he and his brother Sebastian were seperated 28 years earlier. As it turns out, Sebastian (Mark Strong – Kingsman: The Secret Service) is his polar opposite, working as a Bond-like special agent for the brilliantly named Tiger Tail.

However, when a black op goes wrong – and an evil plan to cull a large percentage of the world’s population is revealed – Sebastian is forced to take refuge with his brother back in Grimsby.

With nobody else to rely on, Sebastian has to turn to Nobby for help in his mission to prevent global disaster – and the brothers embark on something of a world tour as they bid to get to the bottom of the evil plot.

Now, if that sounds like a serious plot, don’t be fooled. 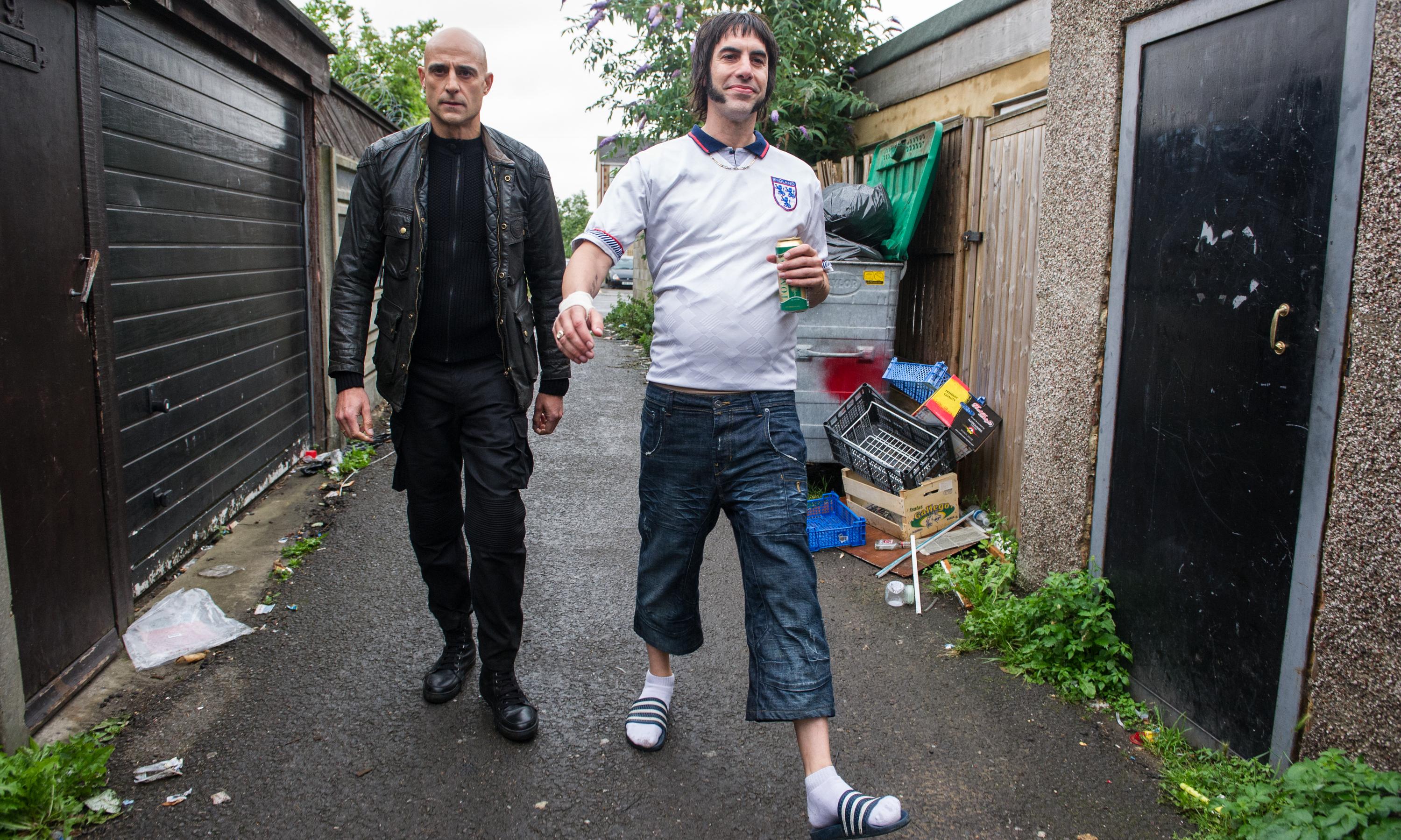 Grimsby has an absolutely divisive sense of humour from the very first scene and is likely to be something of a Marmite film.

It crosses the line at every opportunity – and if you’ve not got something of a ‘no-holds barred’ attitude to humour, you’ll probably be offended on a regular basis.

As somebody that is offended by very little, I have to admit that it tickled me a lot more than I anticipated.

Baron Cohen’s Nobby is what you’d expect. He’s essentially the embodiment of a traditional ‘Jeremy Kyle’ guest, but he does at least have a good heart.

Strong’s Sebastian is the polar opposite. He’s introduced in a first-person shooter (think Call of Duty) style scene that worked well.

His performance is almost funnier than Baron Cohen’s, given his very stoic treatment of the funnier scenes.

Away from those two, the likes of Wilson, Penelope Cruz, Isla Fisher, Ian McShane, Gaboury Sidibe, Johnny Vegas, Ricky Tomlinson and John Thomson all play small roles – and often take one for the team in order for gags to land.

Of those gags, I found there to be more hits than misses. Of those that miss, there are some pretty nasty (and undeserved) pot shots taken at Daniel Radcliffe, who isn’t even in the film.

It’s in such moments that you wonder which people will actually buy into Grimsby’s crudeness.

I did, against the odds, but this won’t be for everyone.

So if you’re easily offended, give Grimsby a swerve. For the rest of you, expect to laugh. A lot.