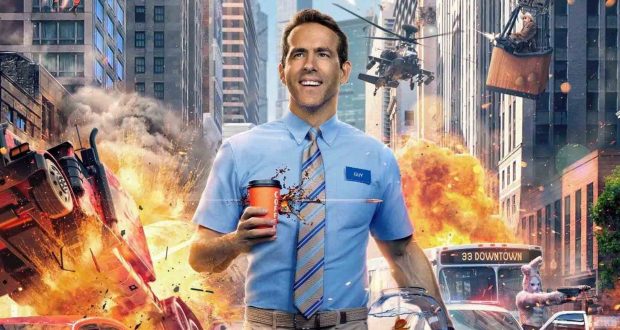 It’s always great when a film pleasantly surprises you at the cinema.

Often the pre-release hype can leave some movies feeling like a damp squib, but Free Guy – starring the excellent Ryan Reynolds and Jodie Comer – is perhaps the most enjoyable action comedy I’ve seen in years.

If you’re into video games, this Shawn Levy-directed offering is very much must-see, but for the rest of you, it’s still an absolute blast.

Reynolds stars as Guy, who is living his life as an NPC (non-player character) inside a brutal Grand Theft Auto-style video game called Free City.

Living the same day over and over again as a bank worker, seeing shoot-outs and bank heists are just part of his pre-set routine.

However, he soon begins showing signs of being sentient, which leads to him questioning the crazy goings on around him.

This is triggered by his chance meeting with a girl who goes by the username of Molotov Girl (Comer).

Guy, who is hopelessly optimistic, sees her as his dream girl and will do anything to impress her.

In this case, he needs to ‘level up’ before she’ll even take him seriously, leading to him becoming something of a cult hero to the players of Free City.

He foils bank robberies, takes down gunmen and generally performs heroic acts that earn him a reputation among the gaming communtity.

With Molotov Girl also taking notice, he earns her trust and helps her with a mission that has big ramifications both in-game and in the real world.

It’s also in the real world where we meet our big bad Antoine (Taika Waititi), who owns the company that produces Free City.

He’s obnoxious to the extreme, but also pretty funny in parts.

Working under him is Joe Kerry’s Keys, who is a programmer with links to Comer’s character.

The Stranger Things star is nicely used too and has an enjoyable arc that feeds into Guy’s ultimate fate.

The action in Free City is relentless and fun, while Reynolds and Comer have great chemistry that helps you buy into their mission.

Of course, Reynolds brings the humour in spades and steals the show. Seeing his NPC change as he becomes more aware of his plight delivers on levels I wasn’t expecting, making this the best video game inpsired release since the excellent Ready Player One back in 2018.

Comer also impresses, with the Killing Eve actress seamlessly stepping up to the big screen.

Overall, there’s so much to enjoy about Free Guy.

Don’t expect a serious film, but if you’re into comedy and action you’ll struggle to find a better blend – and I’d certainly be up for seeing a sequel, too. 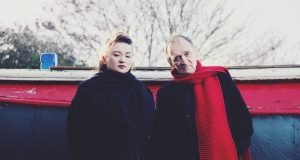 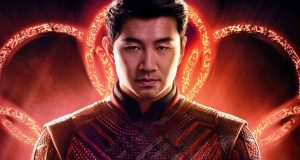 Film review: Shang-Chi And The Legend Of The Ten Rings (12A)