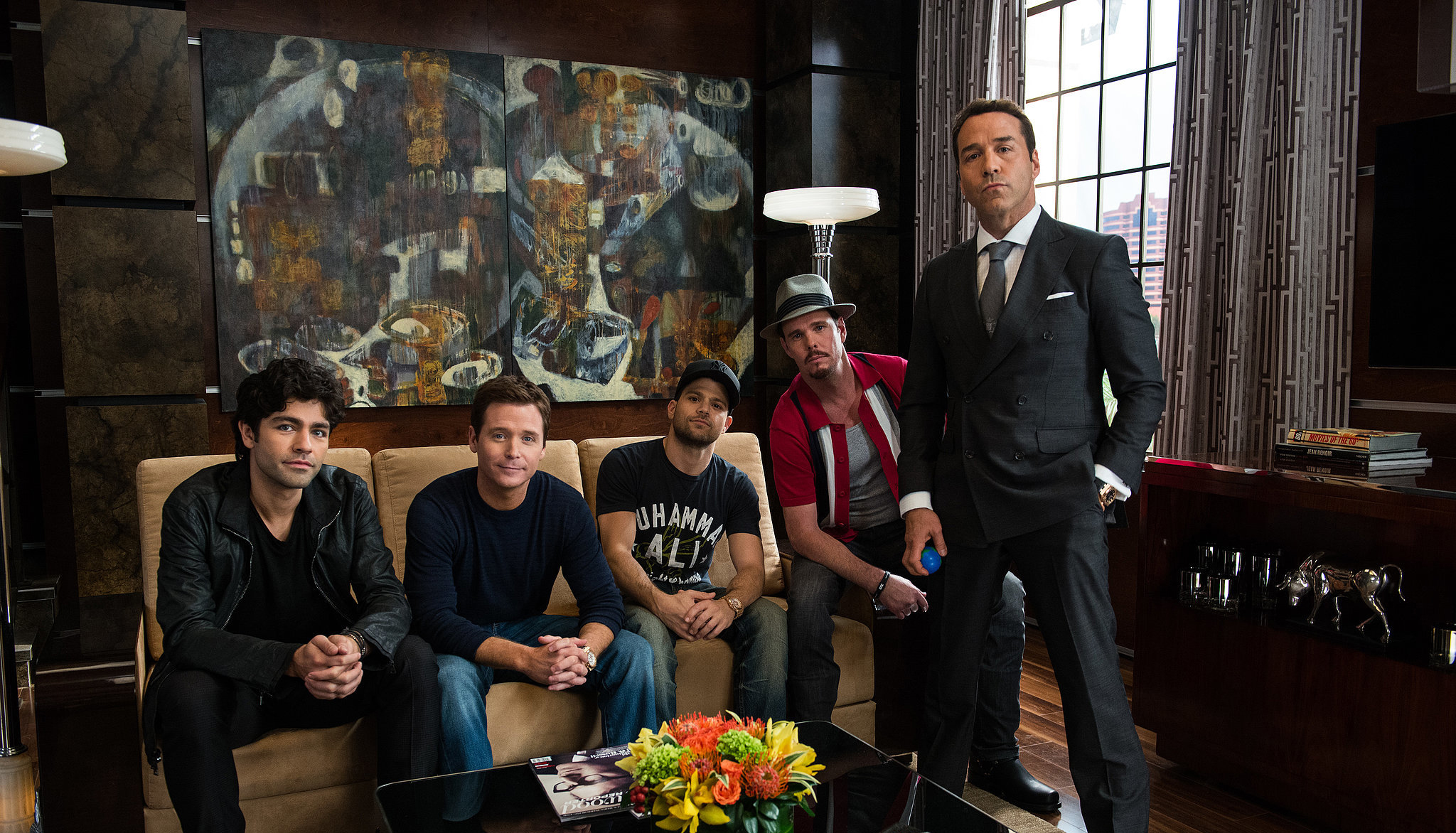 It was hard to watch Entourage without feeling a little bit like I was the new kid at school.

Here’s a film born from the popular HBO series (2004-11), which followed a family-like group of friends that moved to Los Angeles after one of them hit the big time.

Having not seen the show, it almost seemed a shame to watch the movie – knowing full well that I’d not be in on many of the jokes and stories being told.

But, while it’s impossible to ignore the source material, you do have to give director Doug Ellin credit for making Entourage’s big screen adaptation pretty welcoming to newbies such as myself.

I’ll not even attempt to research and round-up the events of the TV finale, but I’m assured that the film pretty much picks up where Hollywood A-lister Vince (Adrian Grenier), his former agent Ari (Jeremy Piven), half-brother Drama (Kevin Dillon) and pals Eric (Kevin Connolly) and Turtle (Jerry Ferrara) left off.

Indeed, I understand that the opening sequence – which plays out on a yacht in Ibiza – pretty much rights a host of wrongs from the show and allows the group to come back together again.

Fittingly, the film’s chief focus is a movie itself, with Vince calling Ari (who now has his own studio) and telling him that he wants to both star in and direct his new $100m blockbuster.

Eight months quickly pass and we find Vince and his management needing more money to apply the finishing touches to their masterpiece.

That leaves Ari with no choice but to go cap-in-hand to Texan financier Larsen McCredle (Billy Bob Thornton – Fargo). Sadly for Ari, Larsen won’t give him a dime unless he returns to Hollywood with his son Travis (Haley Joel Osment – The Sixth Sense) and runs the film by him.

With Travis a typical spoiled brat, convincing him to get on-board with Vince’s creation proves more difficult than the lads imagine – and his film falls in danger of being left on the cutting room floor.

I understand that celebrity guest appearances were a big part of the show – and I thought they all worked well, other than the always insufferable Morgan.

Also returning are a host of regulars from the show, with Eric’s on/off love interest Sloan (Emmanuelle Chriqui – You Don’t Mess With The Zohan) the most prominent.

It kind of felt like I was watching a series of the show compressed into one film, which worked well.

But with that comes probably too many smaller story threads in one film – especially for people new to Entourage.

It’s largely funny stuff without ever being brilliant, while the ending did feel a little bit too cheesy for my liking. Still, if you’re a fan of the show, I’d suggest this is more of what you love and essential viewing.

For this rest of you, arriving fashionably late to the party isn’t as bad as you may think.