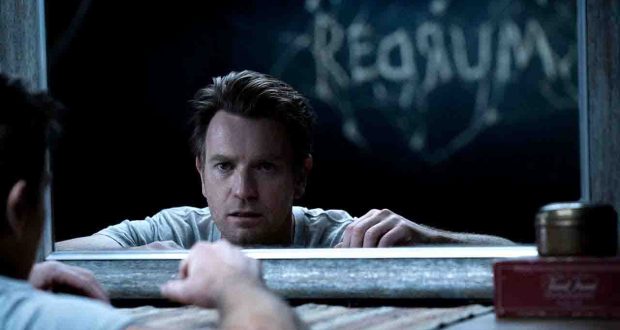 As somebody who wasn’t overly enamoured with The Shining (against popular opinion), I had quite low expectations for Doctor Sleep.

However, I’m pleased to admit that my preconceived ideas were way wide of the mark as Doctor Sleep – which serves as a sequel to the cult Stanley Kubrick horror (or the Stephen King novel, whichever you prefer) – is one of the best cinematic surprises of the year.

Directed by Mike Flanagan, this sequel not only follows the adult life of Dan Torrance (Ewan McGregor), but also shines more light on just why his father turned so savagely heel in the original.

It does that by introducing Dan to other people that have abilities (or shine, as the films calls it).

The youthful Abra Stone (Kyleigh Curran) is the most prominent of these new characters and her abilities are very impressive.

They ‘feed’ on people who shine and are involved in a number of disturbing scenes that really push the 15 certificate to its limit.

By far the most memorable of this group is Rebecca Ferguson’s villain, Rose the Hat. She’s both terrifying and seductive, but you’ll be left in no doubt as to how despicable her character is.

When the story focuses on that conflict, there’s much to marvel at.

Dan, as you’d expect, is pretty messed up from his time at The Overlook in The Shining and we meet him as an alchoholic with no purpose.

A chance meeting with Billy Freeman (Cliff Curtis) turns his life around – and he soon earns the nickname ‘Doctor Sleep’ by using his gifts to help patients at a hospice pass on to the afterlife.

Dan’s friendship with Abra, who soon becomes a target of The True Knot, does force him out of the shadows eventually.

As you’ll have seen fron the trailer, there is a return to The Overlook on the cards for him at some point – and it’s that bit of the film that actually falls the most flat.

Sure, The Overlook is recreated impressively and fans of the original film will enjoy seeing a few familiar faces and locations.

But I can’t help feel that Doctor Sleep would have been even better if it had seen its own story through to its own conclusion.

The plot here may be more obvious than that of The Shining, but it has certainly motivated me to go back and watch the Kubrick classic with fresh eyes.

That’s down to strong performances from the entire cast, with Ferguson the obvious stand-out as one of the best original villains I’ve seen in a while.

Easily accessible for those who haven’t seen The Shining (despite it looming large), this should please both newcomers and fans of the original.

For me, it’s one of the more inventive horrors I’ve seen in some time and is well worth your hard-earned cash at the cinema.