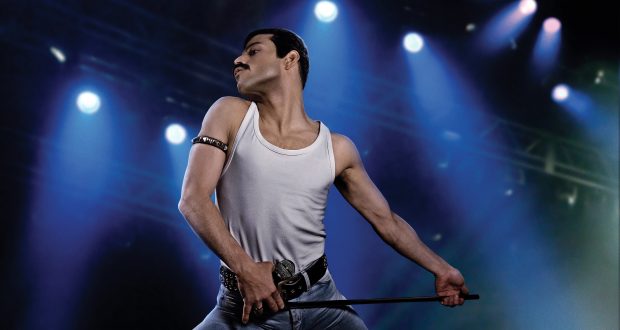 I’ll be honest from the off; I’ve never really been that enamoured with Queen and their music.

That being said, the tragic story of lead singer Freddie Mercury was something that I was keen to learn more about – ensuring that Bohemian Rhapsody was a film very much on my radar.

A dazzling performance from Rami Malek aside, this biopic is a largely conventional affair. But it’s sure to hook in fans of the legendary band – and, for reasons I can’t really explain, even non-believers (like me) are sure to have a fun time at the cinema with this one.

Bohemian Rhapsody – which suffered plenty of well-documented problems throughout its production – was always going to need a strong lead to step into Mercury’s shoes.

In Malek, the film couldn’t have hoped for a better star as he puts in a performance that could (and perhaps should) see his name discussed come awards season.

He’s solidly supported by Gwilym Lee as Brian May, Joe Mazzello as John Deacon and Ben Hardy as Roger Taylor, but it’s very much the Mercury show.

Taking a greatest hits style approach, the film follows the band from their early days signing in pubs and clubs, with their iconic Live Aid performance at Wembley (which is amazingly reconstructed in the film’s stand-out scene) serving as the grand finale.

You know all the songs, but Bohemian Rhapsody wants you to know how they came to light. It’s not a very risky approach, but the film just about gets away with it.

However, the most interesting moments come in Mercury’s back story.

His relationship with one-time fiancée Mary Austin (Lucy Boynton) is given plenty of screen time, but his eventual romance with Jim Hutton (Aaron McCusker) is somewhat swept under the carpet until the very latter stages of the film.

Likewise, Mercury’s sex life and drug-fuelled parties – as well as some of his other well-documented behaviour – is handled with kid gloves, perhaps owing to the film’s 12A rating.

That being said, Malek’s performance is so good that you are fully on-board with the character and will feel incredibly sorry for him when the tough times arrive.

Be it his struggle with his sexuality or the illness that eventually claims his life, you’ll feel every moment.

That allows you to accept the fan service moments, which are plentiful.

Aside from the core characters, Allen Leech’s performance as Paul Prenter – Mercury’s former personal manager – makes him the closest thing to a bad guy in the film.

There’s also a funny cameo from Mike Myers as a record label executive who didn’t rate Bohemian Rhapsody as a hit (whoops), while Aidan Gillen and Tom Hollander deliver pleasing performances as the band’s management team.

I’m not sure it’ll quite ‘rock you’ as one of the better films of the year, but Bohemian Rhapsody is fine viewing at the cinema.

It’s formulaic, but plenty of fun regardless.