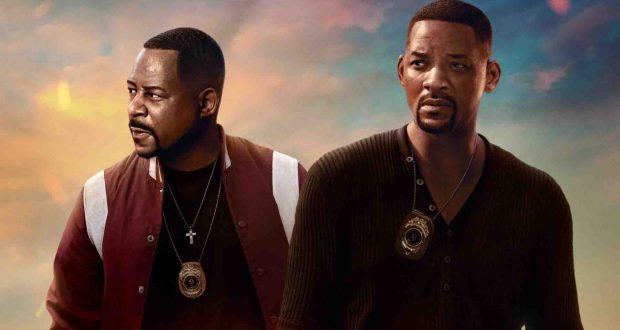 WE RIDE TOGETHER, WE DIE TOGETHER: Martin Lawrence (left) and Will Smith are back as Marcus Burnett and Mike Lowrey.

For a certain generation of people (myself included), the first two Bad Boys films are indicative of an era of blockbuster action films that feel like they’ve been phased out over the past decade.

Violent, foul-mouthed and full of humour, the Bad Boys series is unapologetically bombastic – with the more recent films in the Fast and Furious series perhaps the closest comparison for people new to the franchise.

Bad Boys For Life keeps the timeline intact, with this reboot taking place 17 years after the events of the second film and also stays true to the originals; making this something of a throwback offering.

Detectives Mike Lowrey (Will Smith) and Marcus Burnett (Martin Lawrence) are still doing their thing on the streets of Miami, but the latter has his sights set on retirement after the birth of his grandson.

Lowrey, on the other hand, is still hungry for more which – as you can imagine – is a strong source of banter for the duo throughout.

However, the pair are forced to weigh up what matters most to them when a mysterious figure from Mike’s past sends a shockwave through their lives (and indeed the local drug scene).

With a new young team at the disposal of returning Captain Howard (Joe Pantoliano), there certainly is an attempt to freshen up the cast here.

Led by Rita (Paola Nuñez), the team are essentially young and attractive – much to the annoyance of the Bad Boys.

Known as ‘AMMO’ Vanessa Hudgens’ Kelly, Alexander Ludwig’s Dorn and Charles Melton’s Rafe all bring something new to the party and dovetail nicely with Mike and Marcus.

They are all hunting the same target here, with the murderous Armando Armas (Jacob Scipio) riding roughshod over their patch.He has some truly memorable moments and is a great antagonist alongside Kate del Castillo’s Isabel Aretas, who also has a sizeable part.

I often say this about action films, but the key here is not to get too wrapped up in reality.

Not much of what you see would apply to the real world and there are plot holes galore.

But this film does its best to convince you that you’re in a silly, funny and very savage bubble that you’ll be in no hurry to pop – even after 2.04hrs of relentless action.

If you enjoyed the first two films there is plenty of fan service here, including quotable lines and trademark back and forth between Smith and Lawrence.

If today’s action movies aren’t for you, it’s highly likely that Bad Boys For Life won’t change your view. But it’s escapism at its finest if you’re willing to ride with Mike and Marcus one more time… and there’s every chance that we may see a fourth film, too.