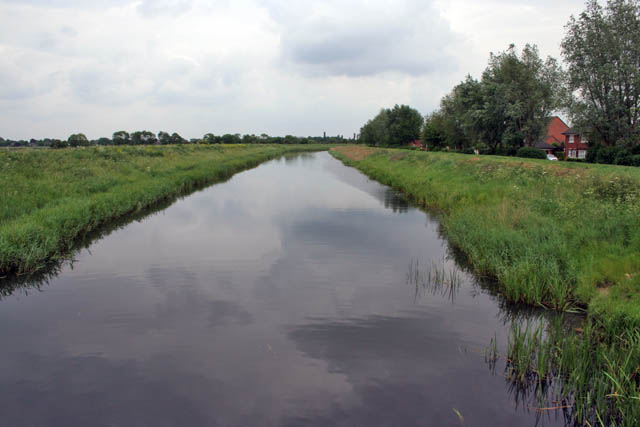 A father-of-two who drowned in Spalding was said to have never got over witnessing a fatal farm accident nine months earlier.

Robin Chappell, who was killed in a farm accident in Spalding in April 2014

Robin Chappell (71), who was killed in the farm incident last year, was looked upon by 41-year-old Vladeks Sinavskis “like a father”.

An inquest last week into Mr Sinavskis’s death heard that his drug taking increased after the tragic accident, and arguments with his wife Jesenija became more frequent.
Speaking through an interpreter, Mrs Sinavskis told the hearing: “He did not take drugs that often and there were gaps of three months.
“I think it goes back to him witnessing his farm friend’s death. That picture was in front of his eyes.
“For Vladeks, Robin was like a father.
“Once when he called me he was in a terrible state.”

Mr Sinavskis was found weighted down underwater in Vernatt’s Drain, beneath a disused railway bridge, on January 25 this year.
Police, who knew he was missing, initially treated the discovery of his body as suspicious. However, there was no evidence of any third-party involvement and it was deemed possible for Mr Sinavskis to carry out the drowning himself.

He had been missing since January 11 after leaving his home in nearby Larkspur Way following a row with his wife over his drug use.
Boston Coroner’s Court heard that it was not the first time he had left in similar circumstances.

A couple of days later two text messages were sent to Mrs Sinavskis from his mobile phone.
One said that he was going to kill himself and another read: “Sorry. Bye.”
Mrs Sinavskis said: “During the argument I told him he was making my life bad doing the drugs, so I think that’s why he sent that message.”

The level of the drug 4-Methylethylcathinone – similar to mephedrone (known as MCAT) – in Mr Sinavskis’s body prevented coroner Prof Robert Forrest from returning a verdict of suicide.
Summing up, he said: “Vladeks witnessed a death at his work which deeply affected him. He became depressed and his occasional use of drugs continued.
“He would become quite deeply depressed after his use of drugs.”

Prof Forrest added: “In order to return a suicide verdict I have to be sure that the person knew what he was doing. Put bluntly, I’m not.
“He was very highly intoxicated with 4-Methylethylcathinone, which is a drug known to make depression worse.”

Returning a narrative conclusion, he said: “He killed himself while the balance of his mind was disturbed with 4-Methylethylcathinone.”
Speaking to The Voice after the hearing, Prof Forrest said: “Coroners across the country have investigated deaths involving this and similar drugs.
“Its use can be followed by persistent depression.”

Mr Chappell died after coming into contact with machinery at the family farm in Cowbit Road, Spalding, on April 23, 2014.
The Health and Safety Executive confirmed that its investigations are ongoing.