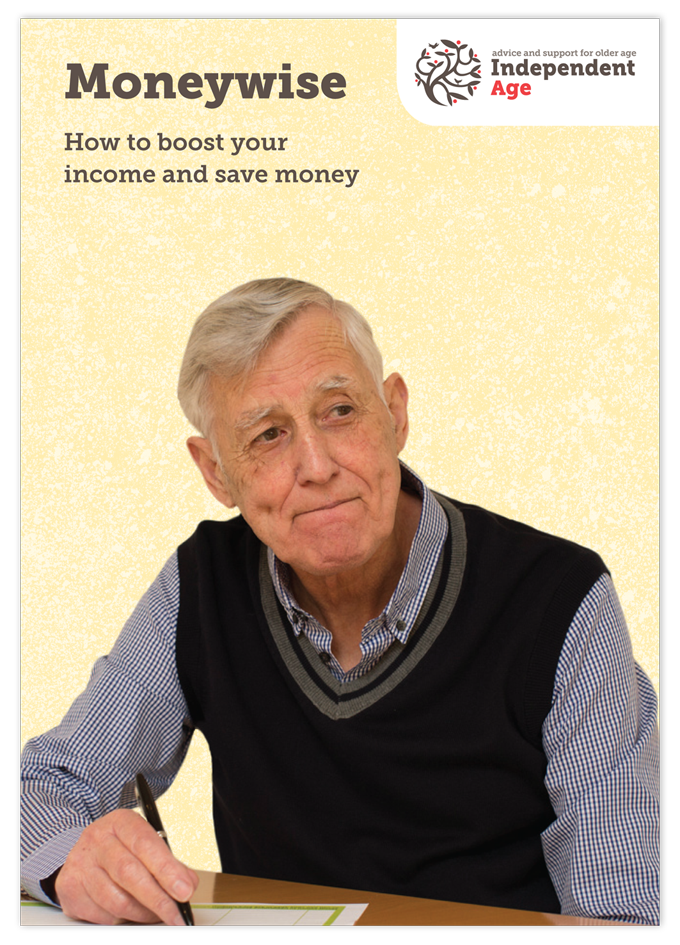 The biggest financial worry for over a fifth (21 per cent) of people aged 65 and over is that their savings will run out.

Meanwhile more than a third (34 per cent) have run out of money before the end of the month.
That’s according to a new survey by Independent Age, the older people’s charity, to launch its new free Moneywise advice guide for older people, their families and carers.
The survey, which took place after the March 2016 Budget, found that
lOne in ten (10 per cent) people aged 65 and over don’t expect to have the money needed to pay for their funeral
lExcluding mortgage debt, over a quarter (27 per cent) of people aged 65 and over are in debt and the average debt is over around £1,800
There are 11.4 million people aged 65 and over in the UK, and 1.6 million of them live in poverty – 900,000 of whom live in severe poverty.
Across Britain, pensioners who are not claiming the benefits they’re entitled to are, on average, missing out on £41 a week or £2,100 a year.
Spread across the year, this is the difference between being able to pay for a typical dual-fuel bill versus struggling to heat their home.
In total, £3.7 billion goes unclaimed for all benefits for older people each year.
In terms of unclaimed financial support for people aged 65 and over, the survey results show that:
lOver a third (34 per cent) have never checked to see if they would be eligible for benefits such as Pension Credit or Council Tax Reduction
lAlmost half (47 per cent) didn’t know they could get a 25 per cent discount on Council Tax if they live alone
The survey also found that almost a quarter (24 per cent) of people aged 65 and over do not have any money saved for unexpected costs, such as repairing a broken boiler or paying for a dental emergency.
More than one in six (16 per cent) of those polled would be interested in a benefits check to find out what they are entitled to, but wouldn’t know how to do it.
Independent Age runs free benefits checks for anyone aged 65 and over who wants to find out more about what they might be able to claim.
The survey supports the launch of Independent Age’s new Moneywise guide, which provides practical advice and tips to older people, their families and carers on how to boost income and save money.
The guide covers topics such as how to reduce bills, housing costs, travel costs, how to boost your income and understanding benefits and taxes.
Lucy Harmer, director of services at Independent Age, said: “These results clearly show that many older people are worrying about their finances and don’t always know who to turn to for advice.
“Topping up your income becomes much more difficult the older you get, but bills still need to be paid.
“However, there is help available.
“Anyone who needs more information about how to save money and boost their income should order a copy of our free Moneywise guide or call our free advice line.”
The Independent Age Moneywise leaflet can be ordered for free via www.independentage.org/moneywise or by calling 0800 319 6789.
Free benefits checks can be arranged by calling 0800 319 6789.