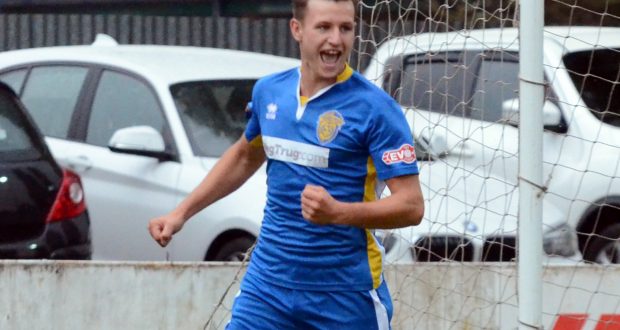 Saturday’s 4-1 loss at home to Carlton Town in the FA Trophy left the Tulips without a win in 12 games – and out of all the cup competitions.

However, Easton remains confident that Spalding can break their duck in Evo-Stik League Division One East when Sheffield FC arrive at the Sir Halley Stewart Playing Field on Saturday (3pm).

The rock-bottom Tulips are the only side yet to win in the league, while 12th-placed Sheffield are unpredictable opposition with four wins, four defeats and two draws so far.

“I think I have to put Saturday’s defeat into context,” said Easton. “We’d done pretty well in the games beforehand, but we just had a bad second half.

“After Sheffield, we have a two-week period without a game to try and get things right. If we can go into that with a win, it’d be a big boost. We’re looking to change everything – and that takes time.”

Neal Spafford, George Zuerner and Jack Brownell should all return for the Tulips, but striker Jonny Lockie has left for Deeping Rangers, Danny Brooks is on loan at

Easton added: “We wish Jonny well, he needs to go there and play 30 games for a few seasons. If he does that, everyone will see the player he can be.”

Spalding are also hoping to persuade Holbeach United striker Jack Smith to join ahead of Saturday – although the Tigers remain hopeful of holding onto their in-form frontman.