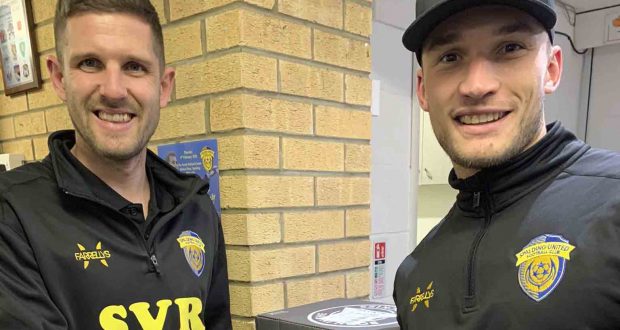 Goalless draws are so often boring affairs, but not so on Saturday with hard and fast action throughout the Sheffield FC showdown.

The Tulips have taken five points from their last three games this month and remain in a comfortable ninth position in the league as as result.

Manager Matt Easton was delighted by his team’s defensive display against a team that has scored 32 goals already this season and readily praised their attacking threat despite not being able to break the deadlock.

He said: “We have to feel positive.
“It was a committed performance, professional, particularly in the second half when we played the ball around superbly at times against a strong Sheffield FC side.”

There were some outstanding individual performances, none more-so than man-of-the-match Ben Greenwood who took on central defence responsibilities for the first time and was in total control of the position throughout, forming a near-formidable partnership with Ben Richards and Owen Betts.

Behind them, Taron Hare and James Hugo ensured that goalkeeper Alex Smith had little to do.

The lone scare came almost at the end of the first half when Smith spilled the ball from a corner in a packed area, but he reacted smartly to deny the opposition forwards.

Midway through the half skipper of the day Kegan Everington, who was hard working as usual, was just inches away for scoring when his low-struck shot from 25 yards out, grazing the outside of keeper Jonathan Hedge’s near post.

Sheffield were dominant in the opening second half exchanges but were unable to pose a threat on the home defence.

It was the Tulips who forged the best effort on goal, with the lively Kevin Bestos slicing the ball wide of the target following a super assist by Joel Brownhill.

The 57th minute heralded a period of intense pressure on the Sheffield goal, culminating with Richards’ header being cleared frantically from the line.

Sheffield played out the last 12 minutes with ten players after Robert Darkin was sent off following his second caution.

But the Tulips could not take advantage despite the efforts of Brownhill, Jenk Acar, Jamie Jackson and Bastos, who had a late effort booted to safety.