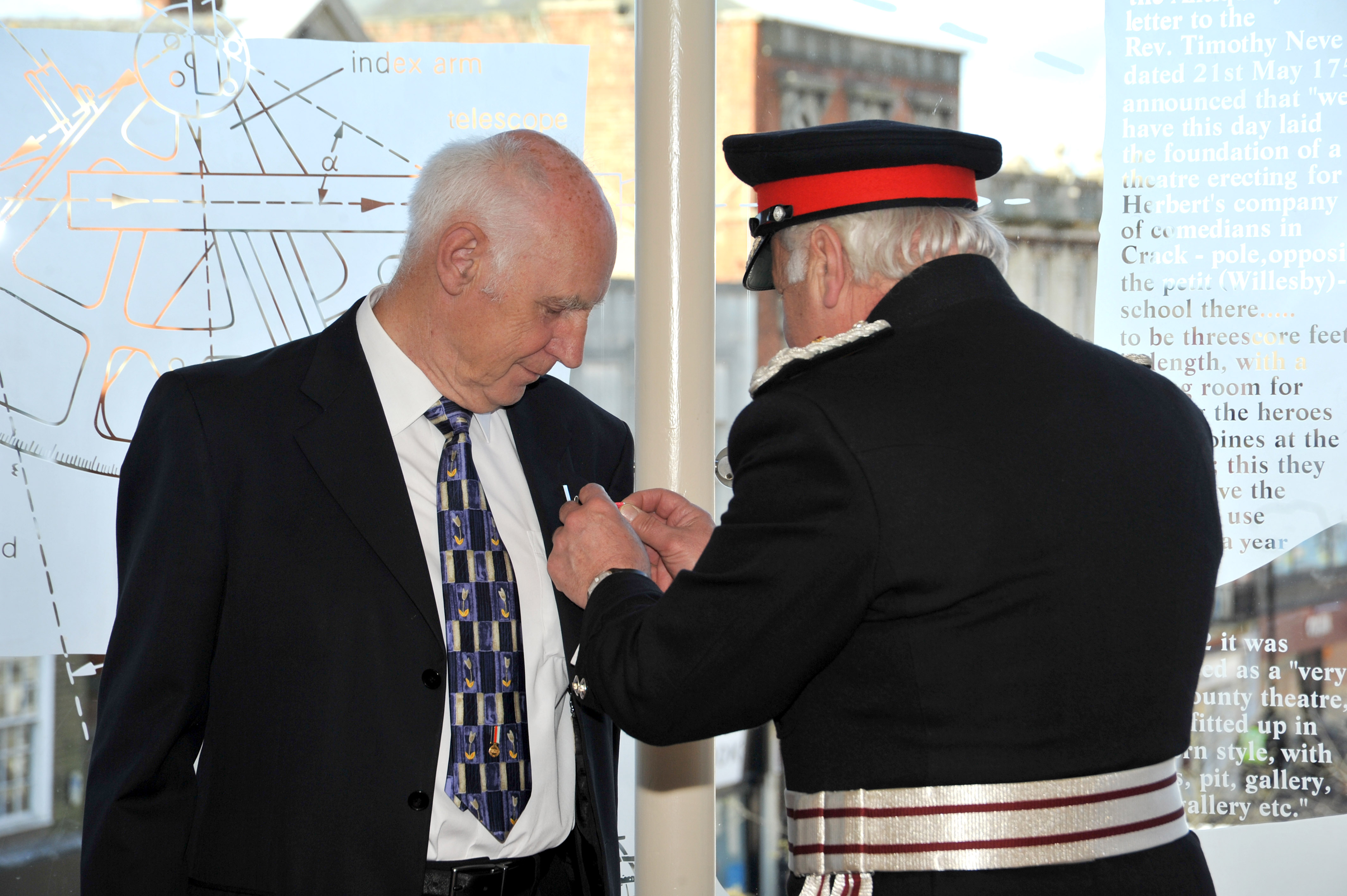 Two men acknowledged for services to their respective communities have been presented with the British Empire Medal.

Michael Booth and Graham Dark were recognised in the Queen’s New Year Honours. 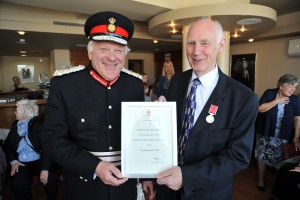 Graham Dark after the presentation by Lord-lieutenant of Lincolnshire Toby Dennis.

Mr Booth, of Sutton Bridge, was presented with his medal by The Lord-Lieutenant of Lincolnshire, Toby Dennis, at a ceremony on Saturday in Long Sutton Market House, a multi-use community centre which he helped to found.
Mr Booth, who has fundraised more than £40,000 in 30 years, has been a South Holland district councillor in Long Sutton and then Sutton Bridge since 1979.

Mr Dark was presented with his medal by Mr Dennis at the South Holland Centre on Tuesday.
About 40 people who recommended Mr Dark to the honours committee from 2009 onwards were present.
Mr Dark, a district councillor for Spalding St John’s ward, founded Spalding 50+ Sports and Social Club and has led it for more than 20 years.
He has helped fundraise more than £34,000 for the charity Help For Heroes.