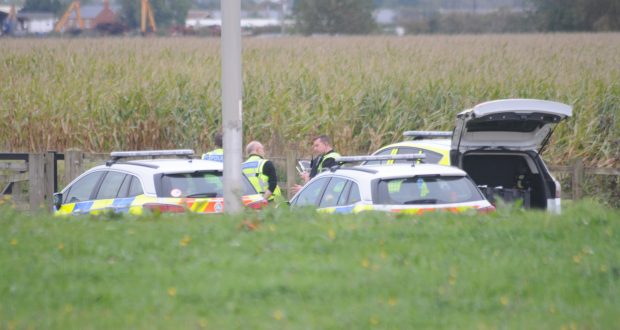 Six people have been arrested following a man hunt using drones after reports of possible illegal immigrants fleeing a lorry in Spalding.

The incident was reported yesterday (Thursday) at 3.24pm on Hawthorn Bank in Spalding.

Police teams were seen around the town with a drone team helping search fields near Cowbit Road.

A spokesman for Lincolnshire Police, said: “Incident 269 of 8 October was a report of possible illegal immigrants who fled from a lorry on Hawthorn Bank in Spalding. This was reported at 3.24 pm.

“Our search for the men was assisted by a drone. Six men were arrested.”