Driver was over legal cannabis limit

A driver who tested positive for more than three times the permitted level of cannabis in his bloodstream, has been banned from driving by magistrates in Boston.

Justinas Gabrenas, 28, of Delgate Avenue, Weston, who admitted the offence, was seen by police driving down West Marsh Road at 11.30am on May 6 last year and, when they stopped him, it was apparent he was under the influence of drugs, said prosecutor Marie Stace.

He gave a positive drugs swipe and a reading showed he had 7.7 micrograms of cannabis in his bloodstream, the legal limit being 2.

Gabrenas, who was not represented in court, had nothing to say to the magistrates and was banned from driving for a year and ordered to pay a £200 fine and £119 in court costs and charges. 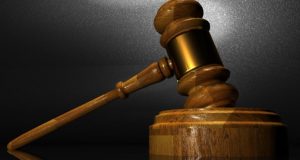 Carer found to have crashed car while drunk