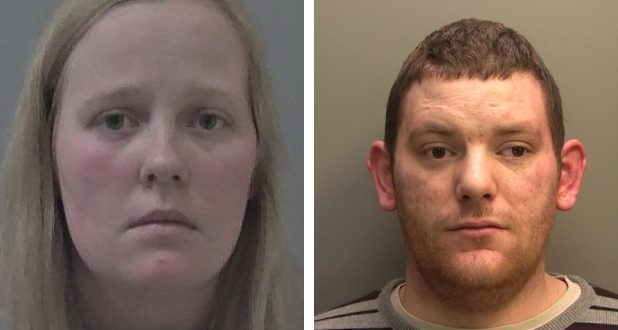 A 28-year-old man from Donington and a 26-year-old woman have been found guilty of rape and sexual assault offences against children in 2017.

Oliver Wilson and Rebecca Holloway, of Rutland Street, Grimsby, have been convicted of a number of sexual offences against children, following a joint investigation between Lincolnshire and Humberside Police.

Wilson has also been found guilty of 11 charges of rape and sexual abuse of a child aged between 4 and 6 between 2014 and 2016.

Both will be sentenced in December 2019.

Wilson had originally come to the attention of Lincolnshire Police after he had been found to be buying and selling children’s underwear online.

An examination of Wilson’s electronic devices uncovered a series of chat logs between Wilson and Holloway which indicated that both had been involved in and were planning further abuse of children.

Officers from Lincolnshire Police’s Protecting Vulnerable Persons Unit, immediately took action to locate both Wilson and Holloway and with the assistance of officers from Humberside Police have worked together and with Children’s Services to ensure that both have been brought to justice, and to ensure that the any children identified have been appropriately safeguarded.

Detective Sergeant Julia Tee-Boon, from Lincolnshire Police Protecting Vulnerable Persons unit, said: “I would like to say how thankful I am to officers from both Lincolnshire and Humberside for their tireless and meticulous efforts in bringing these offenders to justice.

This is an excellent example of how important it is for us to look past the obvious and to fully investigate these individuals who come to our attention.

Had we not discovered these incriminating messages, we would have not known that this abuse was taking place. It is a testament to the professionalism of those involved in this case, that these children have now been saved from a horrific period of sexual abuse.

“My thoughts go out to the innocent victims, and we will work hard to make sure all the services are there for them to get all the help and support they need.”

Both were convicted at Grimsby Crown Court on Friday 1st November.