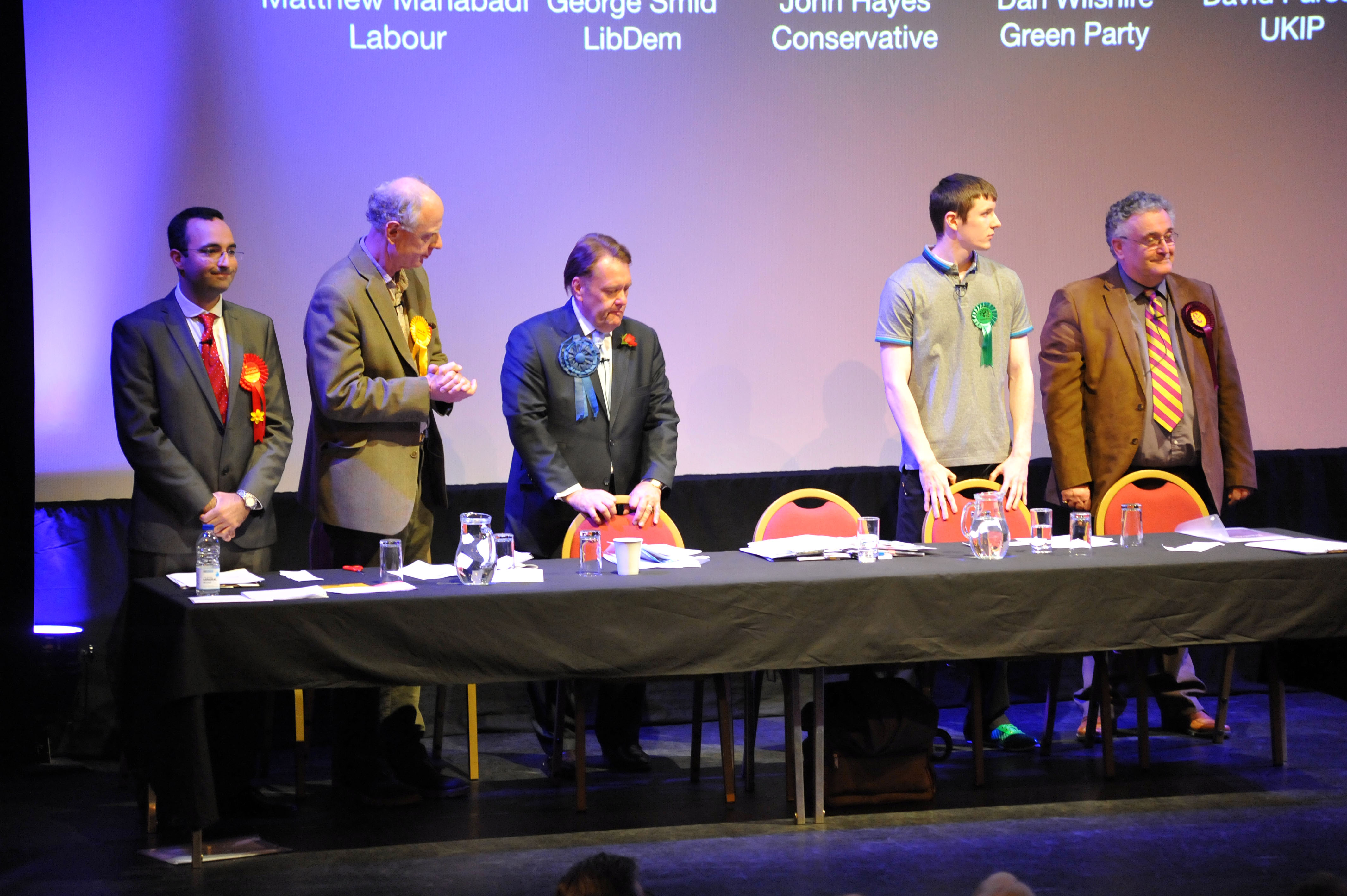 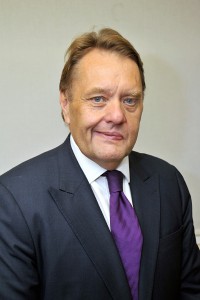 This election is about who speaks for you in Parliament and who governs Britain for the next five years.
Because only David Cameron or Labour’s Ed Miliband will be Prime Minister from May 8th, it’s not about protests, fringe parties or single issues.
Living at the heart of our area – using the same schools, doctors, roads and shops as other people here – I believe what’s right for those I represent is right for me and my family.
Conservatives have steered Britain back onto the right road; a pathway to prosperity – with zero inflation, more jobs than ever before, record low mortgage rates and 600,000 fewer workless households. We’ve protected pensioners by increasing the state pension by £800 since 2010, cut the price of fuel by 17p per litre, boosted NHS spending by £12.9 billion and cut crime to its lowest level for decades.
But, like you, I know there is more to do. Your priorities are my priorities – we must cut immigration by renegotiating our deal with the EU, then give the British people an in/out referendum.
Only the Conservatives will deliver this, not a dangerous coalition of Scottish nationalists who aim to break up our Kingdom and Labour who will bankrupt it.
Reflecting on 18 years as your MP, my greatest pleasure is to have helped over 25,000 local people with issues they’ve brought to me.
Thank you for your trust and kindness over the years. I hope that I will be your choice again. 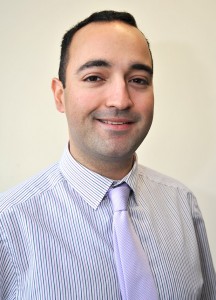 Voice readers and South Holland and The Deepings constituents deserve an MP who understands the pressures of everyday life, frustrations over public transport and worries about our NHS services.
An MP that shares concerns about infrastructure, roads, health and childcare services after five years of austerity.
If elected, I will support investment in local infrastructure, school places, childcare services, upgraded NHS services and better local transport. In all of this, I am committed to doing things right and fairly by local people.
A vote for Matthew Mahabadi is a vote for change and a bold new voice for our area. If elected I will work hard to deliver on my five pledges:
1. Defence and development of local NHS provision including mental health and adult care services
2. Improvement of bus and train frequency and evening availability, and sustainable investment in our roads
3. A Lincolnshire Living Wage for both urban and rural residents
4. Employment and training opportunities for younger workers, and adequate and flexible childcare provision (including SureStart)
5. Tackling abuses of zero hours contracts
I will be your voice in Westminster fighting to deliver on these pledges for you and your family. I will fight for the rights of hard-working families and workers who have been hit hard by five years of Conservative cuts. I will fight for better quality of life, for all.
If we care about the same issues, then please vote for change. Vote Matthew Mahabadi on May 7th. Thank you. 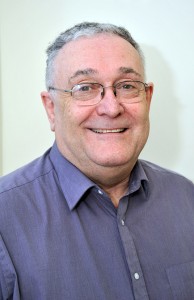 David’s campaign has been growing enormously because he tells it as it is. He vows to fight for the people of South Holland and the Deepings.
Immigration last year was 624,000 – an enormous number. We need a points based system for immigration to get this number down.
Safeguarding our public services. Our hospitals and schools are finding it difficult to cope. Using £13bn spent on the EU and £9bn on overseas aid would be a good start.
A prosperous nation encouraging businesses to flourish and create jobs locally. Let’s get rid of red tape and political correctness and trade with the rest of the world not just the EU.
David says: “I want to see a new kind of politics, achieving for the local area instead of just talking the party line.
“During this election I have found great support for UKIP’s message of securing our borders, controlling immigration and supporting our public services.
“What we say, we’ll do. Whatever the issue – immigration in Spalding or overdevelopment in the countryside I’m here to represent you. It’s time to get our country back.”
David believes that his background as a county council leader and regional assembly chairman will help him a lot as the local MP.
He was appointed a CBE in 2009 for his work locally in Government and the voluntary sector. He is married to Liz and they have three children and five grandchildren. 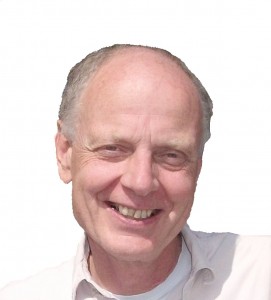 The days when elections were a competition between Labour and Conservative are gone. In 2010 the Liberal Democrats came to the rescue and the coalition has been a success.
Don’t believe the Coalition was solely the Conservative’s success. Lib Dems had to restrain them from their most harmful ideas.
Left alone the Conservatives could have taken us out of the EU by now with resultant loss of export markets and free movement of the workers who harvest our crops.
Outright victory in May is unlikely. It is therefore essential to keep a significant number of Lib Dem MPs to influence the outcome.
In government Lib Dem ministers achieved an £800 tax cut; limited NHS decline with 6,000 more doctors; protected school budgets, introduced pupil premium and established the world’s first Green Investment Bank.
George Smid, the Liberal Democrat candidate, will address the important issues in South Holland and Deepings.
Education – fighting against school and libraries closures, but for school transport.
A free bus pass for under 21s so they can get to their places of training.
Improving infrastructure: roads, rail-links and rural broadband.
Employment and immigration must be reviewed and simplified.
South Holland and Deepings is an agricultural constituency with important environmental issues – including flood defences.
Rural crime became a concern: cutting police budgets yet spending on a Police Commissioner is not sensible.
The certainties of the past are gone. The voters should not ask “which party” but “which coalition”.
George Smid and the Liberal Democrats will deliver as a worthy coalition partner. 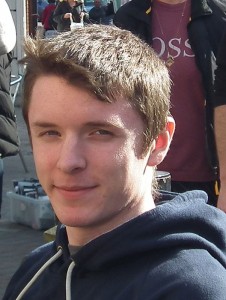 I am one of ten teenage candidates in the 2015 Parliamentary elections. I am standing for South Holland and the Deepings because successive governments have failed us.
Politics need to change, to embrace difference, and really start to work for all of us, not just the privileged few.
I grew up in Spalding. Generations of my family are from this area and I strongly feel this is my home.
I am now an economics undergraduate – my first major exam is the day after the election! – but I see my future in politics, fighting for fairness; first class properly funded public services; sustainable energy sources; and taking seriously the threats to our planet.
From where I stand, secure and decent jobs which pay enough to survive, let alone plan ahead, are few and far between. I shall have student debt to repay whilst trying to provide a decent home for my future family and saving for a pension, whatever retirement age might be then!
Of course, all this becomes academic, if we have blighted our planet beyond recovery and live in fear of increasing environmental disasters.
I believe the Green Party understands and is genuinely committed to tackling these concerns.
We Greens won’t be forming the next Government but we can make a huge difference with your support on 7th May.
We will use our Parliamentary voting power to influence government policy for the common good, our planet and our people – not for corporate interests, global capitalism and the wealthy.